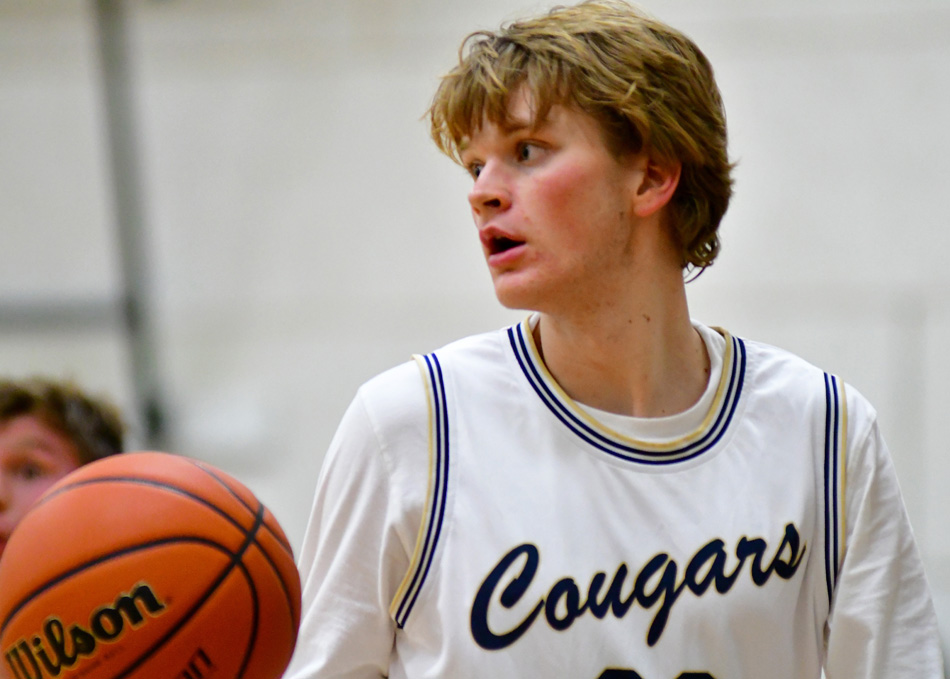 Off for nearly three weeks in quarantine, the Lakeland Christian boys basketball program got back at it Thursday in a home contest with the Eagles.

Landon Gause led the Cougars with 23 points and Silas Gagnon provided a double-double with 15 points and 15 rebounds. Seth Martin chipped in 13 points.

LCA (4-4, 0-2 Hoosier Plains Conference) hadn’t played since its home tournament at the end of December.

“We played an incredibly good basketball game as a team,” said LCA head coach Jake Ritchie. “I really could not have asked for more out of my guys. Elkhart Christian is a really well-coached team with some good players. We knew it would take everything we had and our guys gave it their all. We came up just a little short but I’m very happy with the trajectory that we are on.”

A two-quarter exhibition in the JV contest had North Miami lead at the buzzer 20-12.

Heights led 31-27 after three quarters, but hit 9-14 free throws in the fourth quarter to stay ahead of the Warriors.

Wawasee used eight points and 12 rebounds from Emma Lowery  and six points and eight rebounds from Abbi Burelison to upend the Heights JV 40-23. Blair Harker added nine points and Kylie Perkins and Addy Trimble both had seven points for the Warriors.