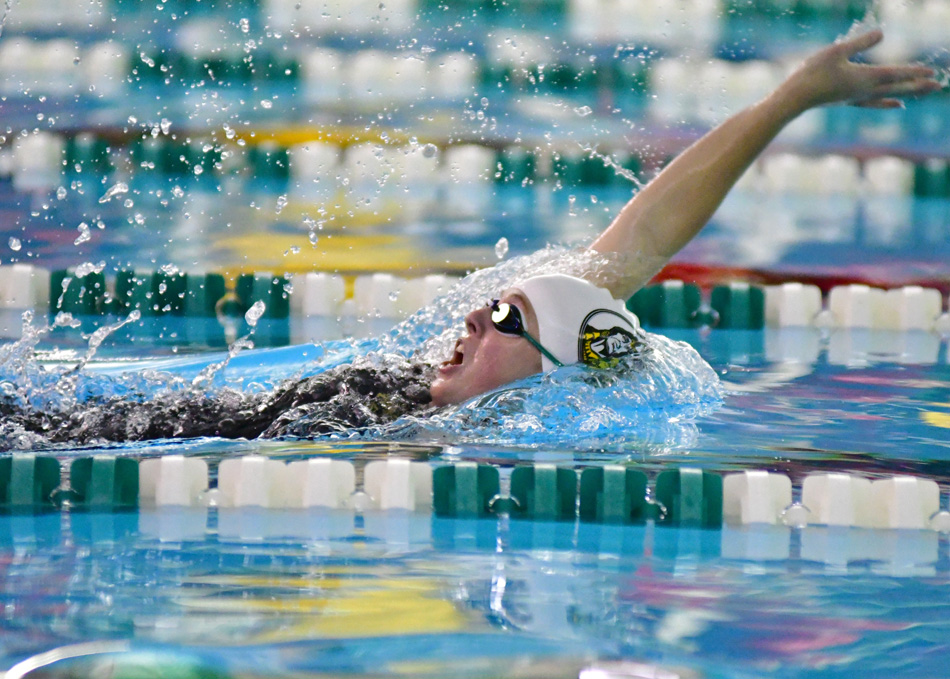 DUNLAP – In a unique scene at Concord, the girls of the Northern Lakes Conference swim corps had to make their own noise. While Northridge and Concord waged its usual war for conference supremacy, Wawasee’s small army put out at least some signal flares during Saturday’s championship round of the NLC Girls Swim Championships.

Without fans allowed in the stands to allow for teams to spread out around the Concord Aquatic Center, the host Minutemen tried to replicate the customary capacity of 334 people’s worth of noise usually incorporated with the NLC Championships. Teams were left to generate their own momentum, and for many, swim competition was no different. Northridge held off Concord to win the team title, 10 of the 11 individual titles came from one of the two programs.

For Wawasee, it brought just eight to the tournament, but still finished fourth in the team standings. Wawasee didn’t have any event champions, but made a serious push in several events, including the opening medley relay, where Concord held off Wawasee on the touch at the wall at 1:51.17 to 1:51.27.

“I told the girls in December, we may be small, but we are mighty,” said Wawasee head coach Jason Scott. “Although we may have not been at the top of the standings, we had kids swimming out of their minds. Exactly what we wanted to see today.”

Concord again had to fend off Wawasee on the final sprint of the 50 free, where Grace Brenneman won at 23.73, but Alexis Mishler was closing in at 24.60 for second. In the backstroke, Ella Lantz looked as if she would run away with the backstroke after two lengths, but Cammy Kryder’s push off the wall on the final 25 all of a sudden made the race much more interesting. Lantz hit the pad at 58.15, Kryder at 59.08. Mishler was third in the back at 1:00.07, and for good measure, Kryder was fourth in the 50 at 24.98.

“Hayden hasn’t really gotten much race experience coming back from an injury,” Scott said. “She didn’t swim breaststroke until last week. She went 1:11 the first time she raced it, and has dropped time since then, went a season best today. She’s been a great addition, hard worker, all around great kid.”

Warsaw edged Wawasee by 15 points, 274-259, for third place in the team standings, but got to its point via a different route. Rather than firing near the top, Warsaw had enough championship swims but also peppered the consolation rounds. Warsaw’s biggest points came from its relays, where its 200 was third (1:43.81), and both the medley (1:59.48) and 400 (3:53.61) were both fourth.

Sophia Stutsman added another Concord title in the butterfly at 58.08.

The ‘other’ win of the meet was in the individual medley, where Goshen’s Sam Hunter broke a 40-plus year-old school record with her 2:10.07, where even the Concord hype crew on the deck gave a standing ovation to Hunter as reality set in. 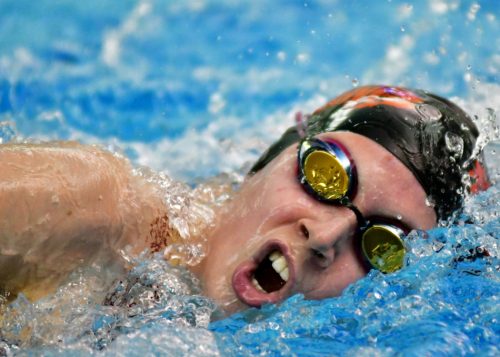 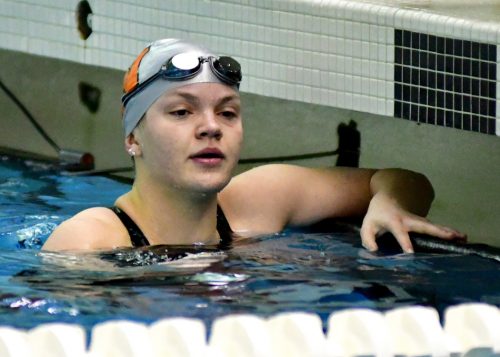