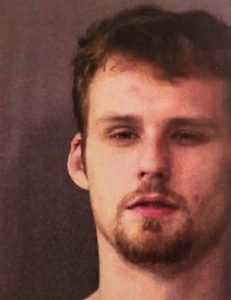 WARSAW — A Warsaw man was arrested after head-butting and threatening to kill a police officer.

On Dec. 4, a Warsaw Police officer went to a residence regarding a domestic complaint. Upon arrival, the officer spoke with a woman who said Ross was intoxicated and inside the residence.

According to court documents, when one officer spoke with Ross about the circumstances, Ross became agitated and yelled at the woman, visibly frightening her.

While talking with officers, Ross admitted he was intoxicated, with his behavior fluctuating from calm to angry. Ross then allegedly began using his finger to push officers in the chest. He got into a fighting stance and also said he was going to “choke out” the officers.

When Ross eventually calmed down, officers spoke with the woman who said she was afraid of Ross and requested to leave the residence with children who were with her. As they were leaving, Ross became angry and head-butted one of the officers in the forehead. Ross was then taken into custody.

Ross was given a portable breath test that registered a .247 Breath Alcohol Content. At one point, officers had to forcibly push Ross into a patrol vehicle. He continued to resist and officers eventually had to use a spray deterrent to make him stop resisting. During the struggle, Ross said he was going to kill the officer he head-butted.