WARSAW — A Syracuse woman is facing a domestic battery with a deadly weapon charge after she allegedly stabbed her husband. 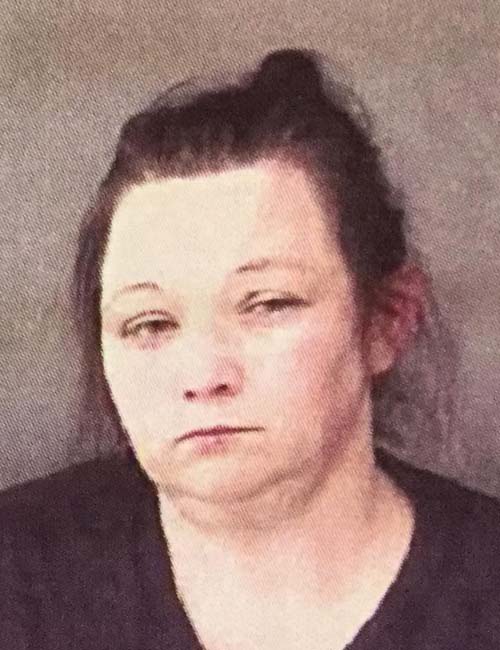 According to a probable cause affidavit, on Wednesday, Dec. 30, 2020, a Syracuse Police officer called a man who was driving himself to Goshen Hospital. The officer had been told about the man by Kosciusko County Dispatch.

The man said his wife, Stidams, had stabbed him and hit him in the head. The officer went to the hospital to meet the man. He saw that the man had a knot and cut above his eye and something that looked like a stab wound on his chest.

The man said he and Stidams were arguing when she injured him. He said she is a meth addict and he found meth-related items at the residence. He wasn’t supposed to be around drug items because he was a participant of Community Corrections.

He confronted Stidams, and she hit him in the head with a glass ashtray. He also said she stabbed him with a kitchen utensil or scissors. His injury required stitches.

The officer later met with the man at the home. Stidams wasn’t there. They also couldn’t find the item used in the stabbing.

The officer later found Stidams and took her into custody. She talked to him after refusing at first. She denied stabbing her husband.

She said he physically abused her the night of the incident, but she didn’t call police because she was scared. She was apart from her husband for five hours that night but still didn’t call the police.

She also told the officer she didn’t hit her husband and he must have injured himself after she was gone. The officer learned that Stidams had gone to a woman’s home after she left the residence.

The officer spoke with that woman and she said Stidams had asked for new clothes when she got there because she wet herself.

The woman gave Stidams new clothes, and Stidams left her old clothes at the woman’s house. The officer looked at the clothes and found reddish stains on them that looked like blood.

Stidams was booked at the Kosciusko County Jail on Dec. 30, on a more than $10,000 surety and cash bond.