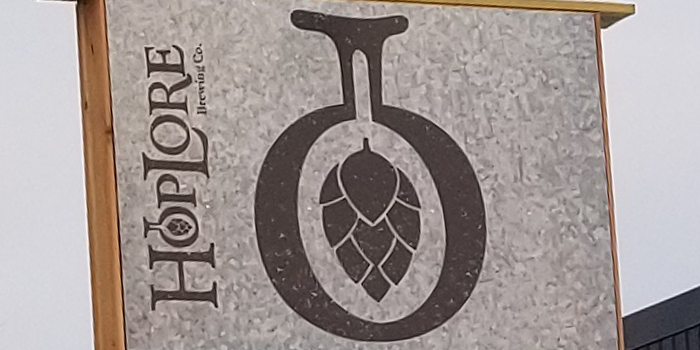 A new sign for HopLore appeared several weeks ago outside of 307 W. Market Street. InkFreeNews photo by Dan Spalding.

On Tuesday, one of the part-owners of HopLore Brewing Co. confirmed plans to open a tasting room with production space in Warsaw later this year.

The owners of Hoplore are renovating the entire building that includes National Auto Insurance, at 307 W. Market St., just east of the post office in Warsaw.

On Monday, the city redevelopment commission formally approved expanding its riverfront district, a move that opens the door for more alcohol licenses inside the district. 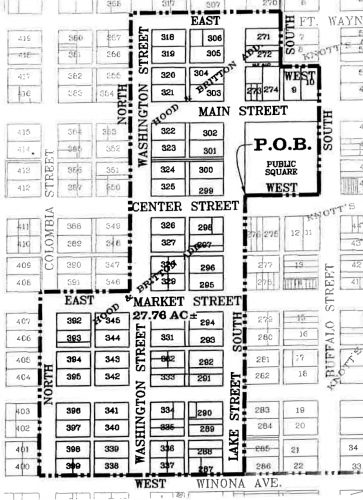 The expanded area includes parts of downtown Warsaw highlighted in the map above. Artwork provided by the city of Warsaw.

The redevelopment commission’s approval came after other panels signaled their support for the expansion.

Jeremy Skinner, the city’s newly announced director of Community Development, revealed on Monday to the redevelopment commission that the owners of HopLore Brewing were the petitioners behind the request to expand the Warsaw district.

The newly expanded district is bounded by Winona Avenue on the south side and Fort Wayne Street to the north and includes parts of three blocks between Buffalo and Columbia streets.

A new large sign promoting the business was erected late last year, and interior and exterior renovations are on-going.

The business has been working with the city, KEDCo and Warsaw Community Development, he said.

One of the minority owners, Keith Wehmeyer, said many people in the area have seen the telltale signs of change and are excited.

“It’s been great to have that kind of support in the community,” Wehmeyer said.

He said they hope to begin production within a few months and envision the taproom opening by the end of May, with the hopes COVID will subside by then.

HopLore bought the Market Street property in August 2020. The brewery will occupy much of the building. National Auto Insurance will continue to be a tenant and has shifted its business to the building’s west side.

The brewery’s entrance will be on the east side.

Wehmeyer said the Leesburg operation will remain open and that the same food selections offered in Leesburg – tacos and smoked meats – will be available in Warsaw. Hours of operation will be similar, too.

The brewpub originally opened in Leesburg in 2016 in the old mill. Stefan King, head brewer and founder of HopLore, then added some investors into the company.

Wehmeyer is recently retired from Intel where he worked as a general manager in broadband cable technology. His brother, Steve, who owns the Culver Cottage Bed & Breakfast, is the creative director.

“My brother had actually visited them and really enjoyed the beer and began talking with Stefan about the idea of some additional investors. Stefan was open to the idea,” Keith Wehmeyer said Tuesday. “My brother knew I was going to be retiring in 2020 and said, ‘Hey would you like to do this together?’ So we both invested and became minority partners in the thing.”

Owners of HopLore had announced plans last year to open a second store in the Argonne Road Corridor in Warsaw, but those plans changed.

Keith Wehmeyer said they backed out of plans after commitments to have the building ready were never fulfilled.

Having watched numerous changes to the building and area over the years, Pamela Estep, the office manager for National Auto Insurance, is excited about the new arrangement.

Previous tenants in the building have been home to a dance studio, martial arts instruction, hairdressers and realtors.

Within a week of the sale, she said, “I saw more work in this building than I have in 15 years.” 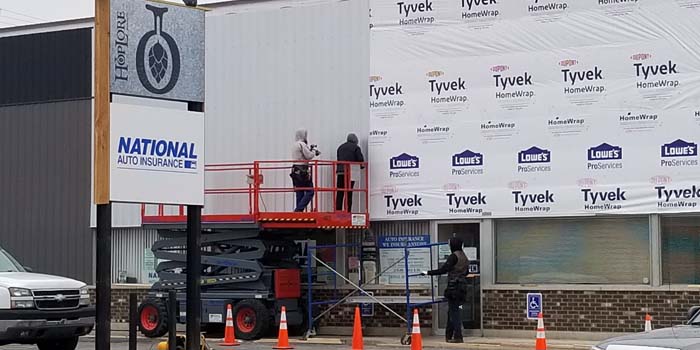 Interior and exterior renovations at 307 W. Market St., including the facade, began more than two months ago. InkFreeNews photo by Dan Spalding.