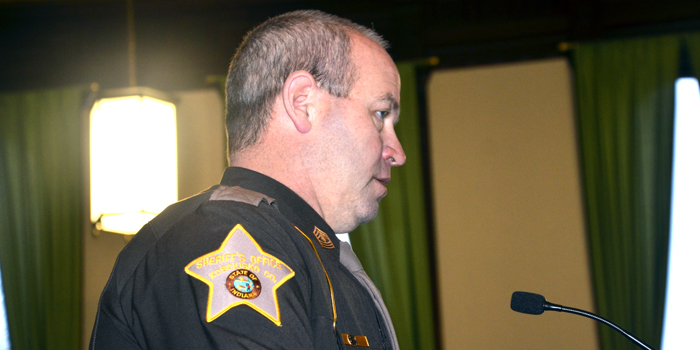 The agreement will help inmates sign up for HIP (Healthcare Application Process) 2.0 so that when they are released, they have insurance going forward.

Coney said they are working to involve work release and JCAP programs as well.

“We’re trying to get our work release people some insurance until they get a full-time job and can get insurance through work,” Coney said.

“This agreement with the provider vendor is huge,” said Commissioner Vice President Bob Conley. “It goes a long way toward telling the inmates that we care about them and not only while they’re incarcerated but when they go through the JCAP program and through work release that we provide a pathway to better health when they get out.” 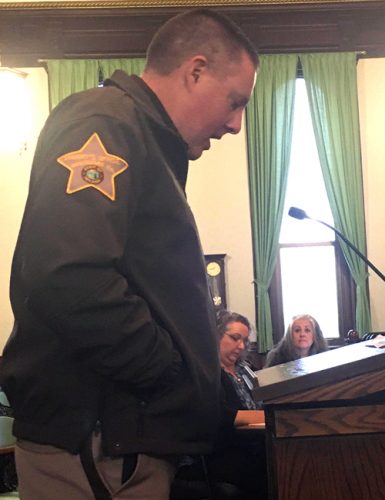 Dukes informed commissioners that there are currently 267 inmates at the county jail, with none of them showing any kind of coronavirus symptoms at the present time.

“The prison system is slowly starting to accept inmates,” Dukes said. “Right now we’re sitting at close to about 20 waiting to go. It’ll be nice to get that going and get the number down even. more.”

The sheriff also shared that a new work release director has been hired and stated that a press release will be announced soon.

Dukes said the recent county auction was a success.

“The auction that Kosciusko County held is over and it was a very, very successful auction. When you really break down the numbers on that, the auction brought in $125,000,” Dukes said.

He pointed out that the city of Warsaw and Kosciusko County government were involved with the auction.

“When you look at the numbers, to have $27,000 of firearm sales go into the sheriff’s training and equipment line item is a complete game-changer for Kosciusko County,” Dukes said.

According to Dukes, the Kosciusko County Sheriff’s Office had almost 6,000 hours of training as an office in 2020.

“One thing we started doing is, it doesn’t matter if it’s the reserves, the kitchen staff, work release— everybody receives the training,” Dukes said.

“Pursuant to the constitutional rights ordinance that was passed on Dec. 22, we have begun the review and recodification of the county ordinances,” Ormsby said today. “We’ve identified two recodification agents at this point that we can solicit bids for so that will be an ongoing process.”

Ormsby said all county ordinances will be reviewed and recodified.

“That hasn’t been done in over 20 years,” Ormsby said. “We are reviewing those ordinances for constitutionality to make sure they are currently constitutionally compliant and we are going to look at reducing ordinances that are no longer needed or are unnecessarily burdensome.”