SYRACUSE — A Garrett man was arrested after allegedly pointing a firearm at two people during an altercation. 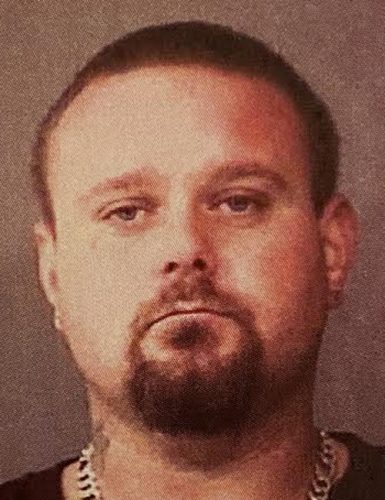 According to the affidavit of probable cause, on Dec. 4, a Kosciusko County Sheriff’s deputy was dispatched to a location in reference to a person pointing a firearm.

Upon arrival, the deputy discovered that Syracuse Police were already on scene and were speaking with two men involved in the situation. One of the men was Barnett.

The deputy spoke with a third man, who said he had gone to the laundry room in the building and had discovered a man and woman performing sexual acts.

He left and returned with another man. At that time, a verbal altercation occurred. While the argument was going on, a man approached the group and pointed a firearm at two of the men, ordering them back into their residence.

One said he was in fear for his life and identified the man pointing the firearm as Barnett.

Barnett denied pointing a firearm. He then gave officers permission to search his vehicle, which was at the scene. During the search, officers found a smoking device and a bag containing methamphetamine.

The deputy spoke with the man and woman who had been in the laundry room. The man confirmed that he and the woman had been performing sexual acts in the laundry room and said that a confrontation occurred with two men. He denied seeing Barnett point a firearm initially but later admitted he saw a firearm pointed at the two men.

When the woman was interviewed, she confirmed the story. She told police she was not at the scene when the firearm was pointed but stated she knew Barnett had a weapon.

A witness said he heard an altercation taking place outside the building. When he checked to see what was happening, he observed two people yelling at a man and then saw Barnett arrive and point a firearm at the people. He said he believed the incident would have been captured on video surveillance.

It was later learned that Barnett may have given the firearm to another person. Officers found that person and spoke with him. He admitted that Barnett had given him a firearm after the altercation. The gun was given to police and had a bullet loaded in the chamber.

Barnett was booked at the Kosciusko County Jail Dec. 4 on a $5,250 surety and cash bond.