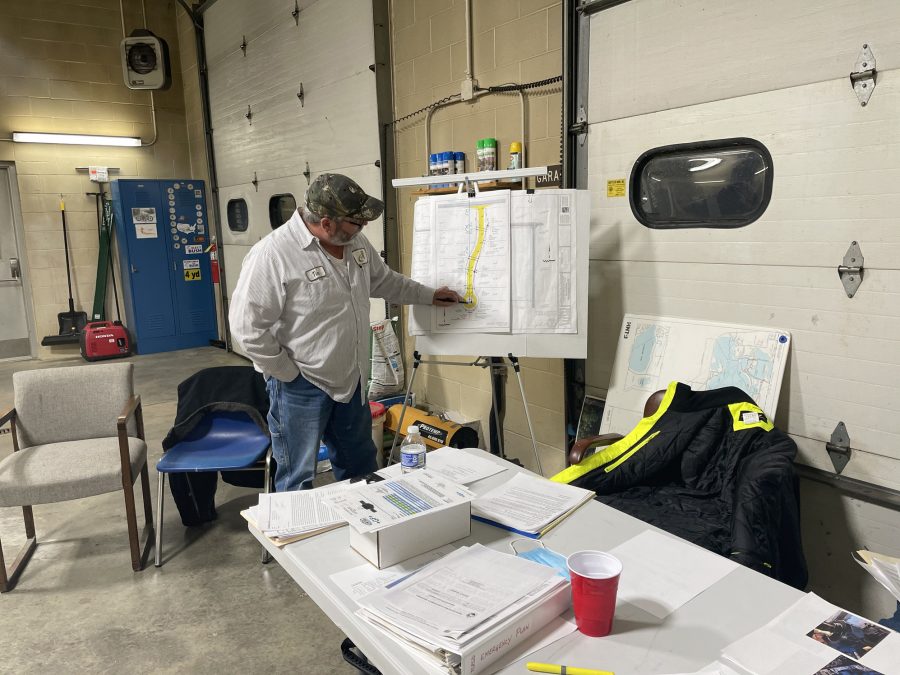 CROMWELL — As the year comes to a close, and loose ends are tied up, Turkey Creek Regional Sewer District has finally received news that allows it to move forward with planning the Syracuse Lake sewer project (often called NEAR project by locals).

Locals have been waiting for months to get an official answer from the board on their intent to sewer Northshore and Eastshore around Syracuse Lake. Jeff Hersha of Jones & Henry provided updates on the area surveys, which allow the district and engineers to map out more official locations for lift stations and lines. The survey report will be submitted to IDEM, who then has 90 days to review and approve.

Pending approval from IDEM, the next phase is bidding. Bidding must remain open for at least one month before the board makes a decision. Following that will be the funding of the project and the financial details.

Although this project seems to garner the most attention from the public the looming expenses of another sewer project isn’t the only item on TCRSD’s plate to close out the year. Last month Tim Woodward, district superintendent, was apprehensive about a new machine recommended for opening stuck valves and recommended withholding payment. However since trying the machine, he is very pleased with the results.

“So far that machine is a big home run,” said Woodward, noting two of his employees, Steve Yoder and Ryan Cramer had spent four full days using that machine to ensure 46 valves were able to open and flow properly that had previously been stuck.

TCRSD will also be the owner of the sewer around the new Crow’s Nest development. Woodward mentioned ownership had changed hands to local Mike DeWitt, who has already had buyers for several of the lots at Crow’s Nest Lane. Woodward must sign off on the electrical and panel work for the sewers before agreeing to take ownership of that.

The perk for DeWitt is he is not fully responsible for those lines, but also adds customers and revenue for TCRSD. A Dec. 18 listing of just one lot was available for purchase at $2,382,120.

Here are some other items covered during the public meeting:

TCRSD renewed its insurances with some slight changes to coverages (adding coverage to updated properties or equipment and dropping or reducing on others) for a total cost of $31,975.

The district passed a 2% wage increase ordinance with the assistance of attorney Andrew Boxberger, Carson LLP.