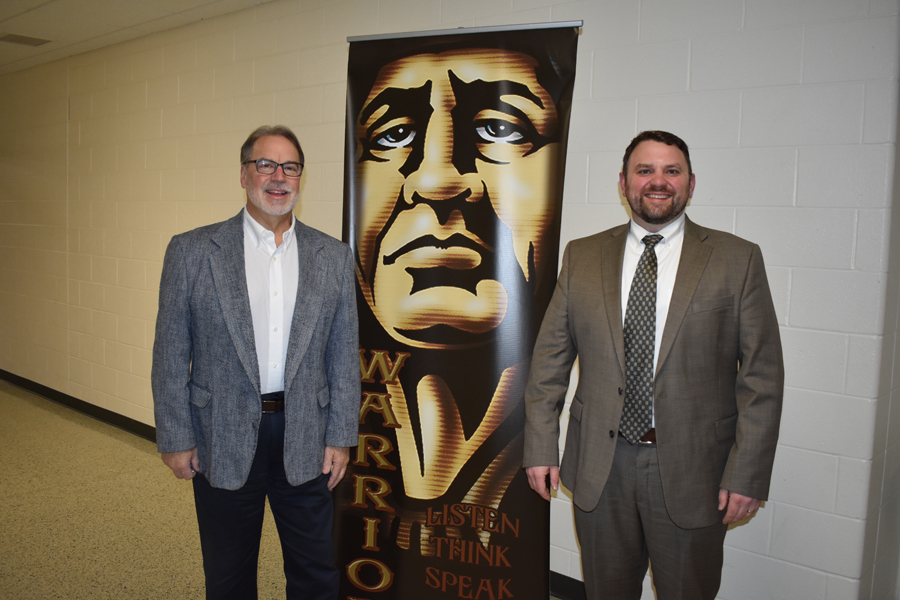 SYRACUSE — Dr. Steve Troyer was named Superintendent of Schools in a special meeting of the Wawasee Community School Board of Trustees held Tuesday, Dec. 22. Troyer’s contract calling for an annual salary of $128,000 was also approved at the meeting. He begins his tenure Jan. 1, 2021.

There was no discussion from board members prior to the unanimous vote, though Rebecca Linnemeier, board president, noted Edington’s mentorship to Troyer over the previous six months. “His plan is in line with how we want to move forward with the education of our students,” she said of Troyer.

(Troyer’s entry plan, as well as other information regarding the transition can be found at www.wawasee.k12.in.us)

“I’m excited to begin a new chapter for Wawasee,” said Troyer. “We are blessed to serve an amazing body of students and community with our excellent staff and schools. We will work hard to build strong partnerships with our families and patrons.”

Noting the “contentious” referendum vote held in November, Troyer also stressed the need for a “repair of relationships.”

“The goal is to make Wawasee the premier school in Northern Indiana. This can only happen if we begin building a foundation of trust between the school and all of our stakeholders.”

Also in attendance were Troyer’s wife, Brittany, and young daughters Kaitlyn and Harlee, who he introduced to the board.

Prior to serving as assistant superintendent, Troyer was principal at Milford School for two years. He also served seven years as an assistant principal and taught Project Lead the Way before working in Wawasee schools. Dr. Troyer received his Ph.D. in Educational Administration from Indiana State University in May, 2018.