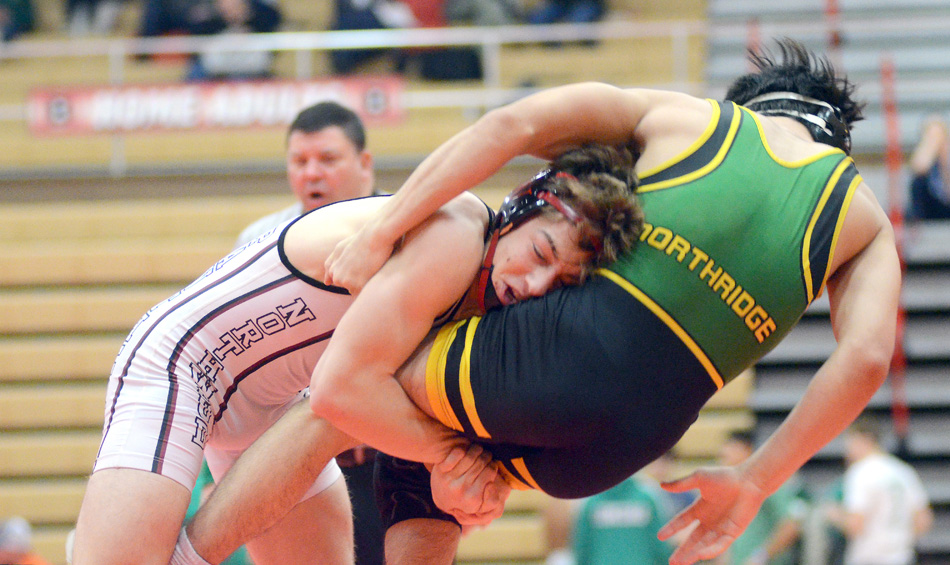 Warsaw  wrestling traveled to Northridge for the annual Raider Super Duals.  The Tigers finished the day with a 1-3 record, but saw significant progress from many of its young wrestlers.  A handful of lineup changes, paired with an already young roster, put 8 freshmen in varsity action.

Warsaw started the day against a tough NorthWood team.  The Tigers held a tight lead past the halfway mark, but a flurry of pinfall victories gave NorthWood a 51-30 win.

In round two, Warsaw faced perennial NLC power and host Northridge.  The Tigers showed a level of toughness, making things difficult at times, but the Raiders ran away with a 67-6 win.

Round three saw the Tigers take on the Northridge varsity-B squad.  Warsaw earned their first team W for the day on the strength of 9 wins by pinfall.

In the final round of the day, Warsaw faced Homestead.  Homestead jumped out to a 13-point lead early, but Warsaw fought back to even the score at 19-each.  Another run of pins put Homestead up big again. Warsaw once again fought back to within 6 points late before ultimately dropping a 43-31 loss.

Warsaw is now 5-8 this season and 1-5 in the NLC.  The Tigers are scheduled to host Triton on Wednesday in the Tiger Den.

The Panthers also competed in the Raider Super Duals in Northridge on Saturday. In reported matches, NorthWood was 3-0, with team victories over Warsaw, Homestead and Northridge’s varsity B team.

Final tallies were not reported in their dual matches with Fort Wayne Snider or Northridge.