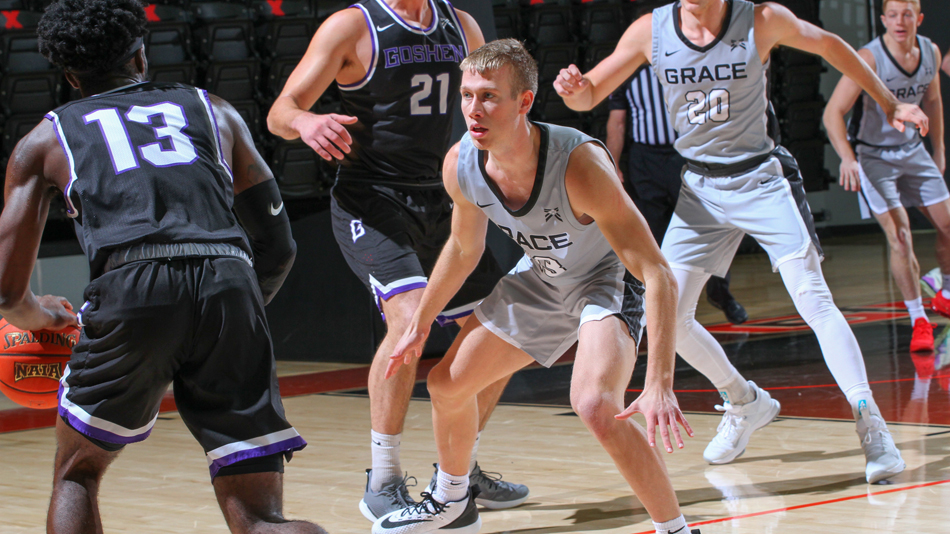 A night after winning in exciting fashion over a Duneland Athletic Conference opponent, Warsaw hit the road against another DAC foe but had a much less satisfying result.

Drew Adzia led the Bulldogs with 23 points in the victory, Ty Smith adding 16 points. Crown Point was 20-22 from the free throw line in the second half and 22-26 (85 percent) for the game.

Judah Simfukwe continued to have the shooting touch for the Tigers (3-3), leading the team with 19 points. Friday night’s hero, Jaxon Gould, would record eight points and three steals and Jackson Dawson also had eight points along with six rebounds.

The Bulldogs also claimed the JV contest, 56-49. Terence Echols led the hosts with 16 points and Warsaw had Drew Heckaman lead all scorers with 19 points.

A 12-2 Panther first quarter sent the visitors on their way Saturday night in Benton.

Cade Brenner continued his torrid scoring early on this season, notching 19 points to lead the victors. Ben Vincent added 11 points for the Panthers (3-1).

FInley Hobbs sank all four of her free throw tries in overtime, and Alexis Miller added a pair as the Cougars beat Trinity Saturday afternoon.

The four makes were Hobbs’ only points in the low-scoring affair, while Miller led LCA (2-2) with eight points. Natalie Norris had seven points and Jessi Calizo added six points for the Cougars.

“The team fought hard all the way through and even though we couldn’t get the job done in regulation the girls showed great composure to close the game out in overtime,” said LCA head coach Marc Miller. “A lot of teams are over a month into their season but we had our first game just eight days ago so we were happy to get the win tonight and make progress in some key areas.”

A two-point second quarter by Triton was enough gap for Caston to use to knock off the Trojans Saturday afternoon in Hoosier North Athletic Conference play.

Caston outscored Triton 7-2 in the second, otherwise the two teams were even the other three quarters.

Abbey Viers led the Trojans (3-4) with 10 points and five boards before fouling out. Taren Yates had nine points and four steals.

The two JV teams played two quarters with Triton ahead 14-11.

Grace’s women’s basketball team could not survive a barrage of 3-pointers from Taylor on Saturday during a 78-64 defeat.

The Lady Lancers did their usual damage on defense, forcing the Trojans (8-3, 4-2 Crossroads League) into 22 turnovers.

But Taylor was lethal from beyond the arc, hitting 19 triples in the game while shooting 48 percent from deep.

Kyannah Stull and Kiersten Poor tied for the team lead with 12 points.

Taylor jumped ahead soon after thanks to its 3-point shooting. A trio of triples by Taylor lifted the Trojans to a 13-point cushion.

The Lady Lancers ended the first quarter behind 20-9, but Grace showed fight in the second period.

Sarah O’Day gave Grace’s offense a much-needed jolt with six points in the second quarter; her last shot pulled Grace to within six.

The Trojans maintained their lead and entered halftime ahead 35-26. Grace shot just 31 percent from the floor in the half, including a 4-of-16 performance (25 percent) from beyond the arc.

Taylor, on the other hand, buried nine 3-pointers. But Grace forced Taylor into eight turnovers to remain in striking distance.

Hostetler and Stull began the third quarter with 3-pointers to pull within 35-32. But the rest of the quarter belonged to Taylor.

The Trojans were not to be stopped from deep, hitting 8 of 10 on 3-pointers in the third quarter alone. Taylor made six triples without missing during one stretch of the period.

Grace fell behind by 20 early in the fourth quarter before mustering one final push down the stretch.

The Lady Lancers used a 7-0 run and later an 8-0 run to keep pressure on the Trojans. But time ran out on Grace to erase the sizable deficit.

“We have to play better and coach better overall. We are making a lot of the same mistakes, and we have to play smarter, take ownership and believe in what we are doing,” said Grace head coach Dan Davis. “We have to develop those things as a team, and we will. I believe that.”

The Lady Lancers have a quick turnaround, taking on IU East on the road on Tuesday at 7 p.m.

Grace’s men’s basketball team put the clamps on Goshen in a 77-61 victory on Saturday.

The Lancers (6-3, 1-2 Crossroads League) were especially tough defensively after halftime, limiting the Maple Leafs to just 29 points in the second half.

Matt Jennings scored the first four points of the game, and Grace stayed in front for the rest of the half.

A quick 6-0 spurt put the Lancers on top 25-15 midway into the first half. But the Maple Leafs were undaunted and kept the game close.

Goshen clawed back to within three as Grace led 35-32 at halftime.

Both teams shot well in the half with Grace at 47 percent and Goshen at 50 percent. Grace made just 1 of 6 on 3-pointers (17 percent) compared to 5 of 10 for the Maple Leafs.

Five minutes into the second half, Grace grabbed a nine-point lead after a triple from Jakob Gibbs.

But Goshen responded with a 10-2 run to trail by just one with 10 minutes remaining.

The Lancers refused to surrender the lead, however. Grace rattled off a 12-1 charge of its own, capped off with four points in a row from Jennings.

The Maple Leafs (3-10, 1-5 CL) did not have another comeback in store. Grace cruised to the final 16-point margin of victory.

Defensively, Grace held Goshen to just 32 percent shooting after halftime. The Lancers outscored the Maple Leafs 42-29 in the second half.

The Lancers will leave town this weekend to play a pair of games. On Monday Grace will play Cumberland (Tenn.) followed by Brescia (Ky.) on Tuesday.