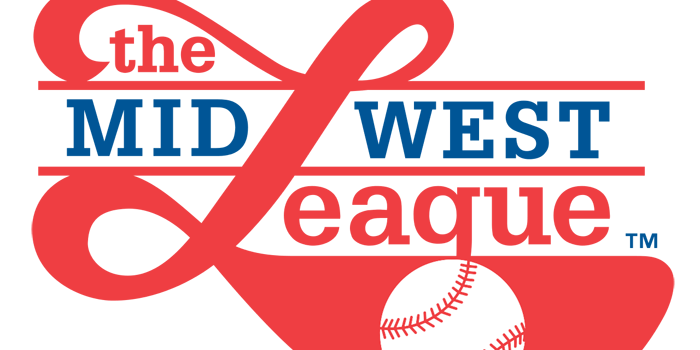 The South Bend Cubs and the Fort Wayne TinCaps were both selected to be part of a 120-team system to which Major League Baseball is constructing for the 2021 season and beyond.

Below are the press releases for both South Bend and Fort Wayne:

Earlier today, Major League Baseball sent out letters to 120 teams across North America, inviting them to be a part of the new Minor League Baseball system. The South Bend Cubs have received a letter to continue as a Chicago Cubs affiliate and member of the Midwest League.

“We are gratified to have received Major League Baseball’s invitation to continue as a Minor League affiliate,” said South Bend Cubs Team President Joe Hart. “Our organization will review the full details of the agreement once we receive them and carefully evaluate the proposal to ensure it is mutually beneficial, not just for our team, but for our community and fans before we formally accept.”

“We are pleased to invite four of our long-time affiliates to continue working with us and help develop our players,” said Chicago Cubs Vice President of Player Development Matt Dorey. “These four teams have combined to work with the Cubs for 66 years, and that is only possible with strong ownership, hardworking front offices and welcoming communities at each level of our system.”

The franchise has been a part of the Midwest League since beginning minor league operations in 1988 and has had three professional affiliations (Chicago White Sox: 1988-1995, Arizona Diamondbacks 1996-2014, Chicago Cubs 2015-present). Previously aligned as a Class Low-A league, the Midwest League will transition to Class High-A. A schedule for the 2021 season will be announced once teams have officially accepted the restructured minor league system.

The TinCaps are pleased to have received this invitation and look forward to reviewing the complete terms and conditions of the new license that will be offered by Major League Baseball.

“There has been a lot of anticipation regarding the restructuring of Minor League Baseball,” said TinCaps President Mike Nutter. “We’re excited that the TinCaps have been invited to join at the High-A level. Fans in Fort Wayne will have the chance to experience a higher level of baseball than before with players closer to becoming Major League stars.”

MLB’s new player development structure will consist of 120 teams across four levels: Triple-A, Double-A, High-A, and Low-A. Each MLB team will have one Minor League licensed affiliate at each level. (MLB teams also will have additional affiliates in the Dominican Republic and in either Arizona or Florida.)

The TinCaps have been invited to continue their tremendous partnership and affiliation with the San Diego Padres as the Padres’ High-A team. Previously, Fort Wayne has played at the Low-A level since Minor League Baseball’s arrival in the city in 1993. That includes being affiliated with the Padres since 1999. At 22 years, Fort Wayne’s affiliation with San Diego is the longest-running in Padres history.

“The quality of Parkview Field had a tremendous amount to do with our not merely being included in the 120 teams invited to join the new Minor League Baseball, but moving up to High-A,” Nutter said. “Fort Wayne’s ballpark is recognized as one of the top fan experiences in all of Minor League Baseball, and among the best playing surfaces and clubhouse facilities anywhere in the country. The important step that Fort Wayne took by building Parkview Field has not only helped revitalize downtown, but has also secured the long-term future of high-level affiliated baseball in the city.”

“We couldn’t be more proud of what has been accomplished in Fort Wayne over the past 12 years,” said TinCaps Managing Owner Jason Freier. “We want to thank Mayor Tom Henry and the City of Fort Wayne for their vision and steadfast support, Congressman Jim Banks for consistently championing the cause of the TinCaps and Minor League Baseball, and, of course, the great fans of Fort Wayne. We look forward to receiving the proposed agreement with Major League Baseball.”

“The Fort Wayne TinCaps and Parkview Field have been an integral part of the revitalization and success of our downtown,” said Mayor Tom Henry. “It’s great that our community and region will now be part of High-A baseball through the changes to the Minor League Baseball system. We’ve enjoyed a tremendous partnership with the leadership of the TinCaps organization, and we look forward with optimism to 2021 and beyond.”

United States Congressman Jim Banks, who serves Indiana’s 3rd district, also expressed his excitement at the news and for the future of the TinCaps.

“I’d like to offer big congratulations to the TinCaps’ leadership,” Congressman Banks said. “Hard work pays off. I’d also like to recognize the TinCaps’ fanbase, whose support allowed Fort Wayne baseball to keep growing during a challenging period. We’re more excited than ever to see what the TinCaps can do at Parkview Field in 2021.”

The TinCaps’ fan experience, perennially rated No. 1 across all of Minor League Baseball by Stadium Journey magazine in its annual rankings, will now boast a higher level of play on the field and more seasoned players on the roster.

“We’ve been blessed to have seen some top-level prospects in Fort Wayne over the years,” Nutter said. “This franchise has had 192 former players go on to play in the Major Leagues. Our players have earned All-Star status, Cy Young awards, and World Series MVP. Recent TinCap Fernando Tatis Jr. nearly won this season’s NL MVP award at just 21 years old. With the TinCaps now playing at the High-A level, we’ll see an even higher caliber of player and more Fort Wayne alumni being promoted to the Major Leagues.”

“Previously, Fort Wayne was most likely the first taste of full-season professional baseball for players on the TinCaps,” Nutter said. “Now, at High-A, we’ll have a roster that has more experience and is one step closer to the Major Leagues.”

Once the Minor League Baseball teams and leagues are finalized, the TinCaps will receive their 2021 schedule.

“We look forward to the resumption of baseball at Parkview Field,” Nutter said. “We can’t wait until we have our 2021 schedule so fans can start planning to be out at the ballpark.”

As planning for 2021 continues, the TinCaps will monitor Indiana and Allen County COVID-19 related projected protocols, requirements, and recommendations for the spring and summer.

“We’ll approach the 2021 season with extreme care and consideration,” Nutter said. “Every event at Parkview Field will put the health and safety of our fans, guests, staff, and players first. We’re hopeful that between now and Opening Day we’ll see tremendous strides taken toward returning to some level of normalcy. Whatever the situation, when it’s time to ‘play ball,’ we’ll be ready as a staff and facility.”

“We’re eager and excited to continue our long-standing relationships with El Paso, San Antonio, Fort Wayne, and Lake Elsinore,” said Padres Executive Vice President & General Manager A.J. Preller. “They have been valued partners of the Padres throughout our player development system for many years, and each of their respective communities have supported their teams and welcomed our players and staff with open arms. We look forward to bringing Padres baseball back to these communities again in 2021.”