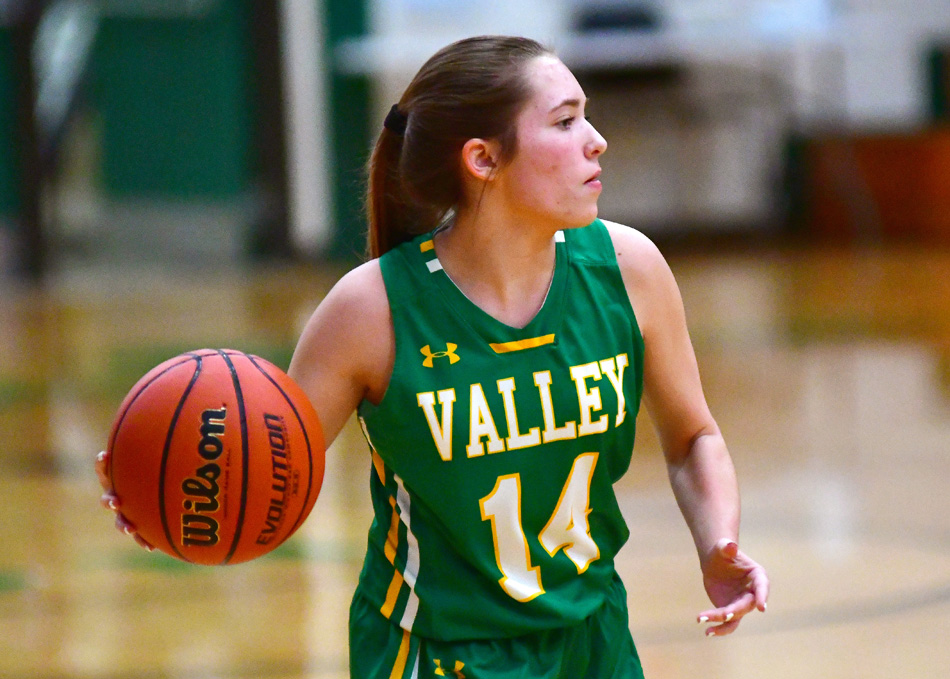 Warsaw dropped its second game in as many nights Saturday evening in the Huntington County seat.

Zach Hubartt led the Vikings with 21 points, but was a perfect 15-15 from the free throw line. He added four rebounds, three steals and a block among his line of work. Dominic Cardwell was also perfect from the line at 7-7, finishing with 15 points and four rebounds. Huntington as a whole was 27-30 from the stripe.

Jaxon Gould had a career night, posting 28 big points before fouling out. Gould hit five three-pointers and had four rebounds and two steals. Warsaw (2-2), however, only had three others score, Luke Adamiec with eight points, Judah Simfukwe with seven points and Graydon Barth with a basket. Warsaw’s remainder were a collective 0-9 from the floor.

Huntington had 29 combined points from Tiler Carr, Jacob Daugherty and Aric Hosler in edging the Tigers 36-35 in the JV contest. Kyle Dawson led the Tigers with 11 points.

The freshman game went to Warsaw in a 29-27 final. Stats were not provided for the game.

Wawasee trailed by nine at the half, but were within a possession late in the second half. Carson Smith led Wawasee with 23 points and Brayden Mickley had six points.

Warsaw won its second game this week, and second straight on the road with a win in Fort Wayne.

Ava Wetzel tossed in 14 points to lead Warsaw to a 38-15 JV win over the Panthers.

Triton (2-2) dropped the Hoosier North Athletic Conference contest on the road Saturday afternoon. The game was the third in four days for Triton after playing just one in the month of November.

Jessi Calizo led the way for the Cougars (1-1) with 21 points, right behind was Finley Hobbs with 20 points. Natalie Norris settled at 13 points and Amaya Hoyt added nine points.

Sidney Wagner and Kaydence Mellott again led the Vikings, Wagner with 18 points and Mellott with 13 points. The two were a combined 10-15 from the free throw line, and the team as a whole made 9-13 free throws in the fourth quarter and were 11-18 at the line.

Wabash’s interior combo of Mariah Wyatt and Alivia Short combined for 28 points to lead the Apaches.

The Valley JV also won, 39-35. Tippy was led in scoring by Sidney Nelson with 10 and Molly Moriarty with eight.

A 15-7 third quarter by LaPorte became the difference in a Slicer victory on its home court.

NorthWood carried a 17-14 lead at the break, but LaPorte made the adjustments in the third to flip the script.

Grace’s men’s basketball team almost completed a comeback for the ages on Saturday.

The Lancers made a valiant rally before ultimately losing 101-95 at Bethel. Grace trailed by as many as 31 points in the second half. But the Lancers’ dramatic comeback ran out of time.

Grace, who swept the season series last year with the Pilots, was unable to slow down Bethel’s attack in the first half.

The game started evenly with the teams trading small runs. Grace led 13-9 after a 3-pointer by Haden Deaton, but the Pilots scored 10 straight points in a sign of things to come.

Elijah Malone hit a pair of free throws to end Bethel’s 10-0 run, but the Pilots continued to charge. Bethel grabbed a 26-15 lead as Grace struggled with ball control. The Lancers committed 11 turnovers over the first 12 minutes.

Frankie Davidson sparked Grace’s offense with seven quick points, but the Pilots were too dangerous from deep in the half.

Grace did its best to recover but still trailed 58-37 at halftime. The Pilots made 10 of 16 from downtown (63 percent) before halftime compared to a 3-for-10 performance by Grace.

The Lancers coughed up the ball 13 times and were outrebounded 25-11.

The Pilots continued to roll after halftime, scoring the first 10 points of the half to further bury the Lancers.

Facing a 31-point deficit, Grace finally showed signs of life. The Lancers attacked quickly on offense, slashing into the paint on several possessions.

But the Pilots managed to get to the free throw line down the stretch, clinging to the lead as the clock wound down.

Grace was unable to get the final defensive stops the team needed as Bethel held on for a six-point win.

The Lancers outscored Bethel by 15 in the second half and shot 65 percent from the floor. Overall, Grace made 57 percent of its field goals.

The Lancers are back at home on Wednesday, hosting Spring Arbor at 7 p.m.