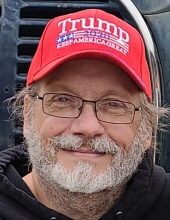 Greg was born the son of William and Joan King Wallace on March 20, 1963, at Wabash. and was a 1981 graduate of Wabash High School. He has been a resident of the Bourbon and Etna Green area most of his life. He became a machinist working for Zimmer-Biomet, Bremen Casting and his favorite job was at Honeywell in the Aerospace division. In his free time he enjoyed his Harley Davidson motorcycles, anything with racing, word games and especially spending time with his family and grandkids.

He was preceded in death by his mother, Joan.

A graveside service will be held at 3 p.m., Saturday, Dec. 5, in the Speicher Cemetery Urbana, with Pastor Ed Read officiating.

The family asks that in lieu of flowers that monetary donations be made to assist with Greg’s final expenses.