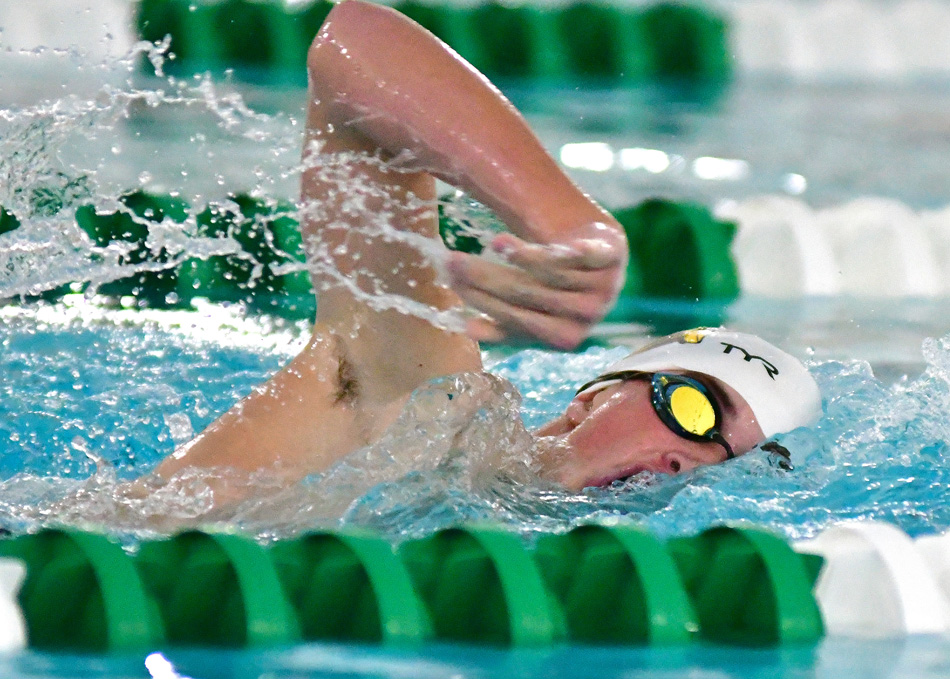 Wawasee’s Zeke Keim works through a win in the 500 freestyle Saturday against Warsaw. InkFreeNews photos by Mike Deak

SYRACUSE – It wasn’t as if either Wawasee or Warsaw had seen significant delays in its startup to their respective swim seasons. COVID contact tracing? Yes. Some injuries, even? Yes. In any regard, the two programs relished the opportunity to swim against its rival Saturday morning at the Wawasee Middle School Natatorium. 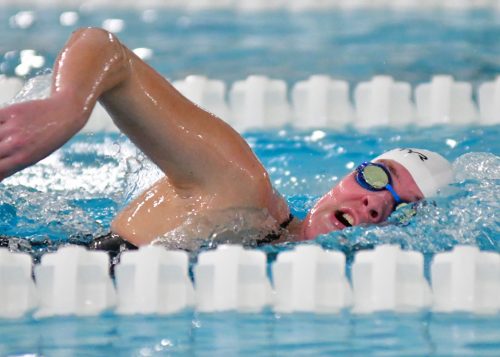 Warsaw’s depth gave it a sizable advantage on the shorthanded Wawasee side. But that didn’t stop the host Warriors from claiming seven of the 12 top results in the meet.

“The girls, I’m very impressed with,” stated Warsaw head coach Tony DeBrota. “The team chemistry is through the roof and they are ready to get the team and individual goals we have established for February. Depth is better this year than in years past. As I coach, I will still have to play around with the lineup, but we’ve got some freshman that will certainly fill in the slots as they get older.”

Hayden Neer gathered her first career win in the individual medley (2:25.83) and the Wawasee medley relay opened with a win.

“I really think the girls did well overall, all things considered,” said Wawasee assistant coach Seth Cripe, standing in for head coach Jason Scott, who is out on quarantine. “We’ve been really working with them on a mindset that us coaches want to see these times, and you can pout for a few seconds, but this is what’s going to get you deep into the season. We probably aren’t going to win a bunch of dual meets because of our depth, but this team is capable of making a lot of noise. There’s a lot of talent on this roster.” 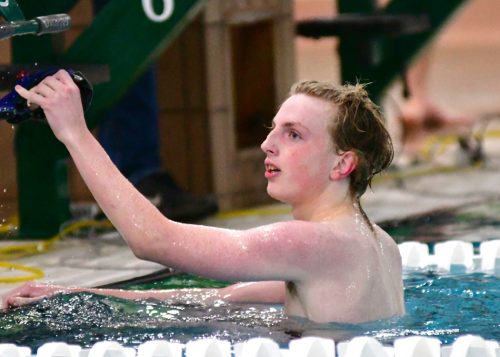 Warsaw’s Cooper Archer gives a look at the board after the backstroke.

It was Wawasee’s distance that did the trick in earning the Northern Lakes Conference win.

Nathan Kryder added a win, taking the fly (56.94) and Harper added another in the backstroke (57.47), with Devon Kuhn led the way in diving.

“You can definitely tell that Harper is a freshman, but he put together a great first race,” Cripe said. “When he wanted to go fast, he went fast. That final leg of the relay was impressive. We’re really excited not only in him, but a lot of of younger guys as well. We have a long way to go in this season, but we saw a lot of kids working hard today.”

Warsaw opened the meet with a win in the medley relay.

“We’ve got a lot of new guys that’ll have to contribute significantly this year,” DeBrota said. “On the bight side, they want to be here, believe in the system, and know the work need to get the goals we want. The first half of the season, for boys, will be very experimental as we maximize the lineup for championship meets.” 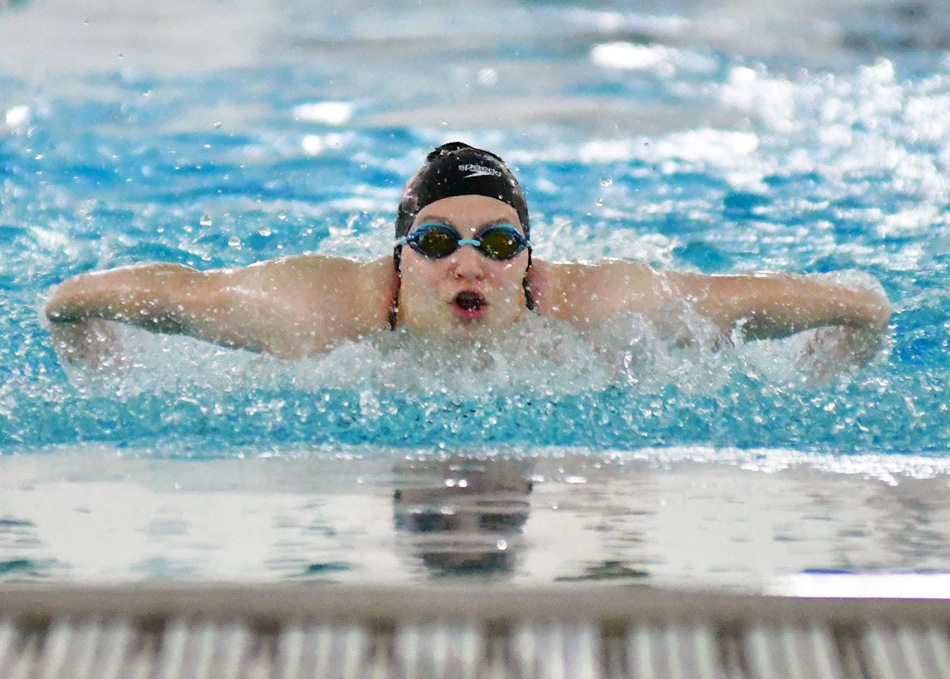