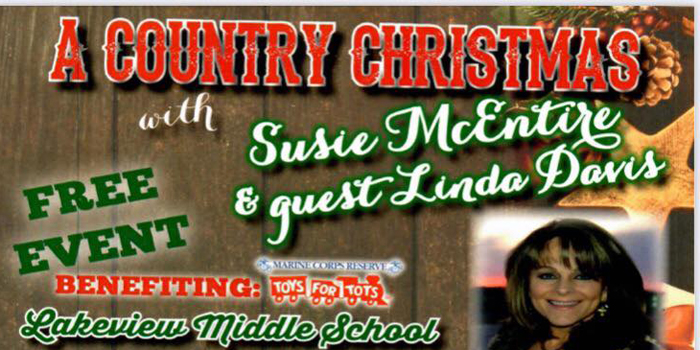 WARSAW — The show will go on — but with precautions.

Susie McEntire is returning to Warsaw to perform a Country Christmas concert as she has done the past several years.

However, things will be a bit different this year because of restrictions due to the COVID pandemic. 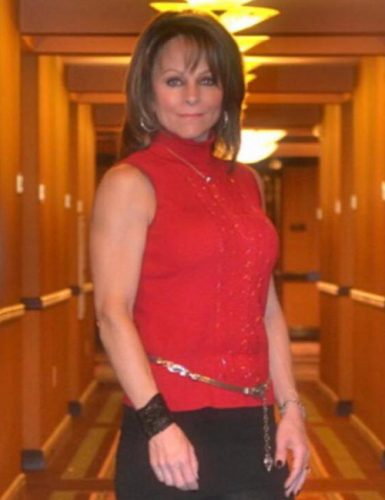 The concert, which benefits Toys For Tots, will take place Saturday, Dec 12, at the Lakeview Middle School auditorium. Doors open at 6 p.m. and the show starts at 7 p.m. Admission is free, but attendees are asked to bring a new, unwrapped gift for Toys For Tots.

Concert Organizer Mike Loher said one big change is the number of people allowed in the auditorium this year.

“Because of the virus, we are limiting the number of folks in the auditorium to 350, but we’re going to have screens set up in a room adjacent to the auditorium with a livestream so overflow folks can still see the show through a live feed,” Loher said.

Everyone who comes into the building will be required to wear a mask and non-family members must maintain a 6 foot seating distance from each other in the auditorium.

“We have the blessing of the Kosciusko County Health Department and these are their recommendations so that we can have the show,” Loher said. “The big thing I do want to make note of is that ServePro of Kosciusko & Noble Counties is coming in and disinfecting the entire auditorium before the show. That’s a big deal. I want people to understand this is going to be professionally disinfected before anybody goes in there.”

In the past, Loher said, they have sent invitations to assisted living facilities.

“That’s changed this year, so I’m working with Blue River Digital out of Columbia City,” Loher said. “We are planning on recording the show with their help.”

According to Loher, Blue River Digital will record the show. A passcode can then be used by nursing homes, assisted living facilities and Hospice families to access the site and view the concert.

“Even though they won’t see it live this year, they’ll be able to see it and we’re really excited to be able to do that for those folks,” Loher said. “Hopefully this will brighten their day a little bit. I just think its phenomenal that we are able to do that for these folks and these families. i feel so bad for these people who can’t get out or do anything, so we’re gonna try to make it special for them.”

Loher said for those who want to drop off a gift for Toys For Tots but do not feel comfortable actually coming in to the show and being around people, accommodations can be made for a drive-thru drop-off. 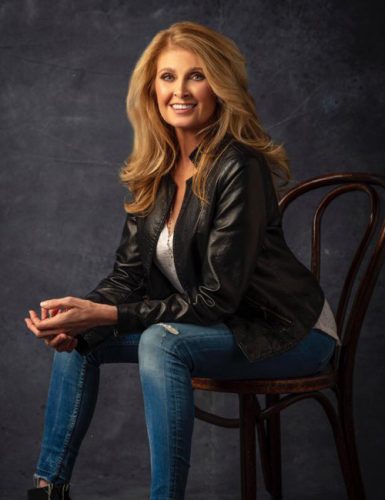 McEntire, a Contemporary Christian singer, is the sister of actress and country music legend Reba.

McEntire will be accompanied by her husband, Mark Eaton, who is nationally known for his faith-based men’s leadership conferences.

Country music fans may be excited to hear that country music singer Linda Davis and her husband, country singer Lang Scott, will be joining McEntire and Eaton at this year’s concert.

Davis performed the 1993 duet “Does He Love You” with Reba McEntire. The song reached #1 on the Billboard country charts and earned both singers a Grammy for Best Country Vocal Collaboration. Davis and Scott are the parents of Hillary Scott, co-lead singer of the country music band Lady A, formerly known as Lady Antebellum. 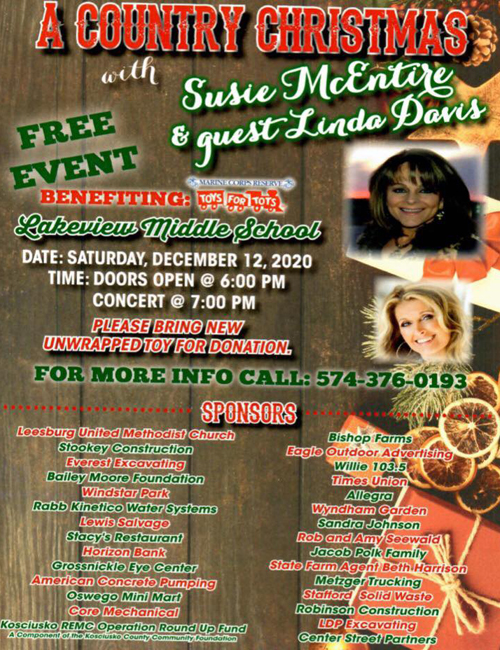