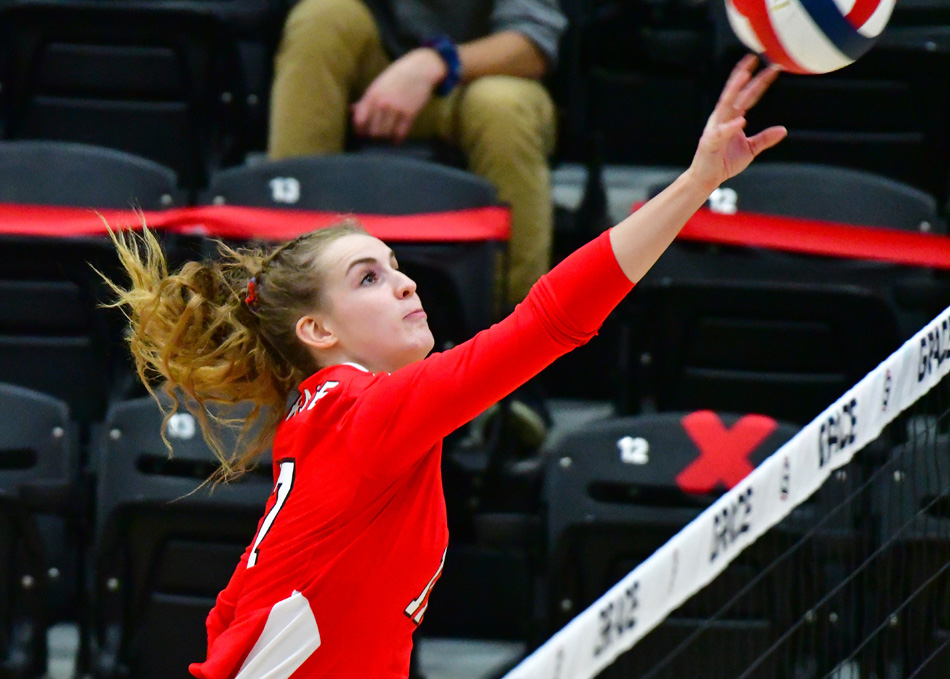 The Lady Lancers won the morning match against Campbellsville 3-0 to clinch a spot in the semifinals. But No. 1 seed and tournament host Northwestern ended Grace’s postseason run with a 3-1 victory in the evening’s semifinals.

In the first match on Friday, the winner of Grace versus Campbellsville would advance to the NCCAA semifinals. The Lady Lancers made sure it was them with a 3-0 sweep of the Tigers.

Campbellsville began the match with a quick 8-2 spurt, forcing Grace to burn an early timeout.

The Lady Lancers did their best to claw back and came within 16-14.

A timeout by the Tigers did not slow Grace; two points later, a service ace from Grace Erwin leveled the score at 16-16.

The teams could scarcely be separated in the second set. The score was knotted at 19-19.

The Tigers tried to pull away with two straight points, but Grace responded with a 3-0 run to retake the lead on a kill from Colbert.

The set seemed destined to head to extra points, and Colbert made plays late as Grace won 26-24.

In the third set Grace forced Campbellsville to burn an early timeout, leading 10-6. The Lady Lancers continued their onslaught, grabbing a 17-10 and forcing the Tigers to use their final timeout.

The Lady Lancers’ offense proved hard to stop in the set. Grace clinched the three-set sweep with a 25-14 win. Jenna Mueller was dominant in the set, recording two kills and two blocks during Grace’s final four points.

In the semifinal match, Grace was unable to upset the top-seeded Northwestern. The Lady Lancers had 56 kills on a .245 percentage. But the Eagles were even better with 67 kills on a .333 percentage.

Grace was strong offensively in the first set, hitting 20 kills on a .356 percentage. The Lady Lancers held a slight lead for much of the set, but the Eagles kept the score close and eventually snuck away with a 28-26 win.

The Lady Lancers won four of the first five points in the second set. But Northwestern rattled off five straight points soon after to get back into contention.

The third set was won by Grace 25-23. Colbert had several key kills late in the set, and Erwin ended the set with an ace.

But Grace’s momentum expired in the fourth set. Northwestern reached the championship with an eight-point win.

Novotny tied for match honors with 24 digs, and Harrington had 47 assists, 8 digs and 6 kills.

The Lady Lancers will have a spring season with the schedule to be announced.