In fact, according to one tweet, his race was the first contested race to be called in the nation.

Associated Press called the race in favor of Banks about 90 minutes after polls closed. 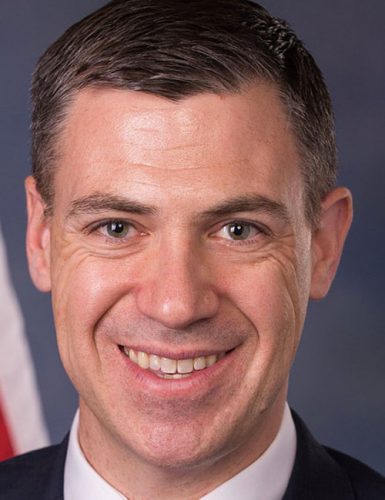 District-wide totals were not available, but Banks had 75 percent of the vote in Kosciusko County over his Democratic challenger, Chip Coldiron.

After an overwhelming victory in the race to represent northeast Indiana in the U.S. House of Representatives next year, Congressman Jim Banks released the following statement:

“It has been an honor to be your representative in Washington the last four years, and it is a privilege to be sent back and continue our mission of being a conservative fighter for Hoosiers for another two. The next two years will be critical for our nation, and I promise to be your conservative fighter in Washington working to stop the insane agenda of the radical Left that would reshape our country permanently for the worse.  Tonight’s victory belongs to the voters and all of the people I serve.”

The victory gives the Columbia City resident a third term in office.

He also went on the attack against Democrats following his victory:

“Members of the radical Left want to strip you of your religious freedom, censor you on social media, raise your taxes to pay for their socialist agenda, waste your hard-earned tax dollars, and, on top of it all, they want to defund the troops and law enforcement agents that keep you safe. That’s why I’m running for chairman of the Republican Study Committee, the largest conservative caucus in Congress, to champion conservative, Hoosier values and ensure our rights remain protected. But I can’t do this alone and hope Hoosiers will continue to stand with me to protect our country and the values which make it great.”