David H. Sowards, 56, of Milford, formerly of Michigan, passed away Oct. 8, 2020, at home surrounded by family after a courageous battle with lung cancer. Dave was born in Lansing, Michigan on July 5, 1964. He married Tina Christie in 1987, she passed in 2015; Dave met Michele Abner and the two were united in marriage on February 4, 2017. 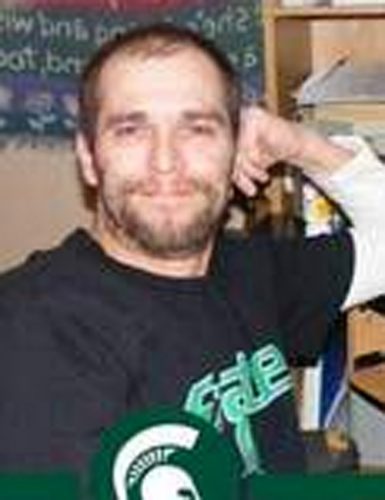 Dave always said he was blessed with being married to two beautiful women. First, sharing 30 years with Tina before her passing of heart complications and then with Michele for the last three years. Dave always had a smile on his face and had quite a sense of humor. His stories seemed bigger than life and he was good for a joke when one was needed. He was a straight shooter and brutally honest. Dave enjoyed bowling, fishing on the Pure Marquet River for Salmon, watching his favorite football teams, the Michigan State Spartans and Detroit Lions. Often times you would find Dave sipping his Mountain Dew, watching Cops, The First 48, Ridiculousness or just sitting listening to some Classic Rock. Most of all Dave loved his family. He cherished spending time with his children and grandchildren.

Dave is survived by his wife Michele, seven children, Joshua (Christy) Sowards, Melinda Sowards, Mickey (Nicole) Sowards, Justin Sowards all of Michigan, Keisha Sowards, Kendra Ostrander and Dylan Ostrander all of Milford; eight grandchildren, Julianna, Kailyn, Izabel, Lazaeh, Isaiah, Josiah, Mason and Freya. Also surviving is a brother, Rick Reed, of Michigan, and a sister, Melanie Sowards, of California. He was preceded in death by his mother Arlene Sowards, his first wife, Tina, a brother, Paul, and a sister, Candy.

A celebration of Dave’s life will be at 4 p.m., Monday, Oct. 12, 2020, at Mishler Funeral Home and Cremation Center, 461 West 900 North, Milford. Visitation will be two hours prior to the service on Monday at the funeral home. In keeping with his wishes, cremation will take place after the services.