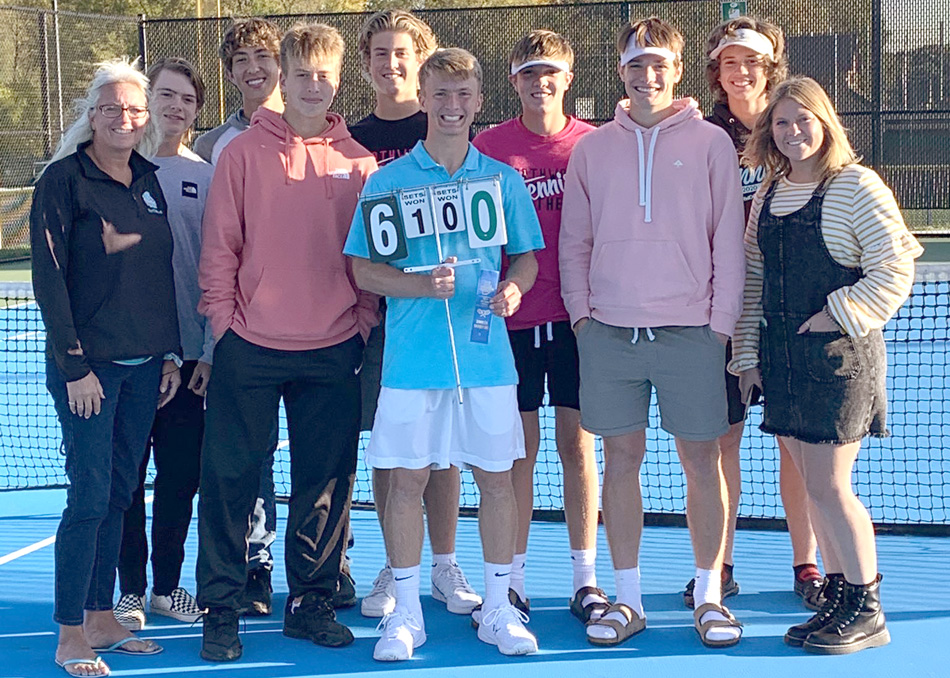 DUNLAP – After working through his first season as a No. 1 singles player, Ben Vincent is making his move in the IHSAA state tournament.

Vincent earned his fourth win of the postseason Thursday, beating Jimtown’s Matt Margraf 6-1, 6-0 to win the individual sectional championship at Concord. NorthWood’s team season ended last week at the Goshen Sectional, but Vincent continued on in beating Elkhart’s Spencer Dexter on Wednesday to set up the Margraf matchup.

Aaron Cripe and Evan Nay of Northridge advanced to the doubles regional on Wednesday.

At Peru, the singles and doubles tournaments were settled.

Brady Wiley of Manchester beat Grant McCarter of Rochester 6-1, 6-2 to claim that sectional’s No. 1 singles title. Culver Academy’s Nathanial Posner and Paul Wilson also advanced with a love and love win over Plymouth’s Cameron Shively and Easton Strain at No. 1 doubles. Culver’s duo and Wiley will head to LaPorte on the 17th for their regional competitions.