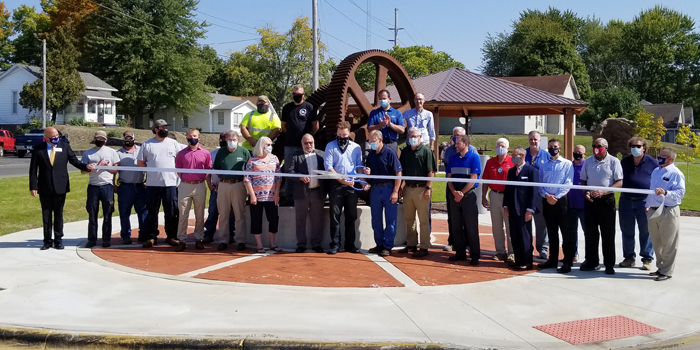 Editor’s note: This story has been updated to correct the name of the person who donated the cogs. Mike Lewis provided the cogs. InkFreeNews regrets the error.

WARSAW – Members of the Warsaw Rotary Club and the public geared up Friday, Sept. 25, to dedicate the city’s newest park, Rotary Park, near Boggs Edition.

The park features a climbing stone, a large circular pavilion that holds six picnic tables comfortably and is highlighted with two massive leaning cogs that were previously owned by Mike Gill.

There is also a water fountain that can accommodate dogs and a bike rack. Eventually, there will be a bike station there since it is located along a bike path.

The gears are a symbol of the Rotary Club, which recently celebrated its 100-year anniversary.

They also serve as a nod of recognition to the city’s manufacturing history. 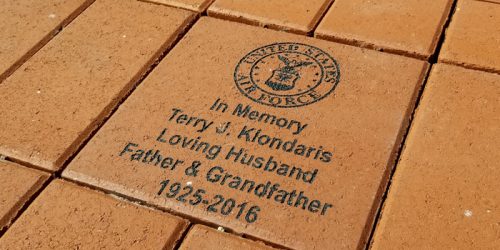 The Rotary Club engraved paver bricks as one of several ways the group generated money to pay for the park. InkFreeNews photo by Dan Spalding.

Ken Locke, a Rotarian, had seen the gears many times before and eventually asked Mike Lewis, owner of Lewis Salvage, if one could be used for the park.

Lewis then decided to provide a pair of cogs.

Lewis said he’d been holding on to the gears for about 30 years.

The park was designed by Senior City Planner Justin Taylor, who is also a Rotarian.

Not including in-kind labor from the city, the project cost about $100,000.

Rotary Club relied on a series of grants and sold commemorative bricks to pay for the project.

It’s a great thing overall,” Taylor said. “It’s another project where different community groups were able to come together and make happen. Adding a new park to the city parks department isn’t something that happens every day. It involved a lot of community members.”

The entities that supported the park include:

A climbing wall is part of the park.

A view of the pavilion. 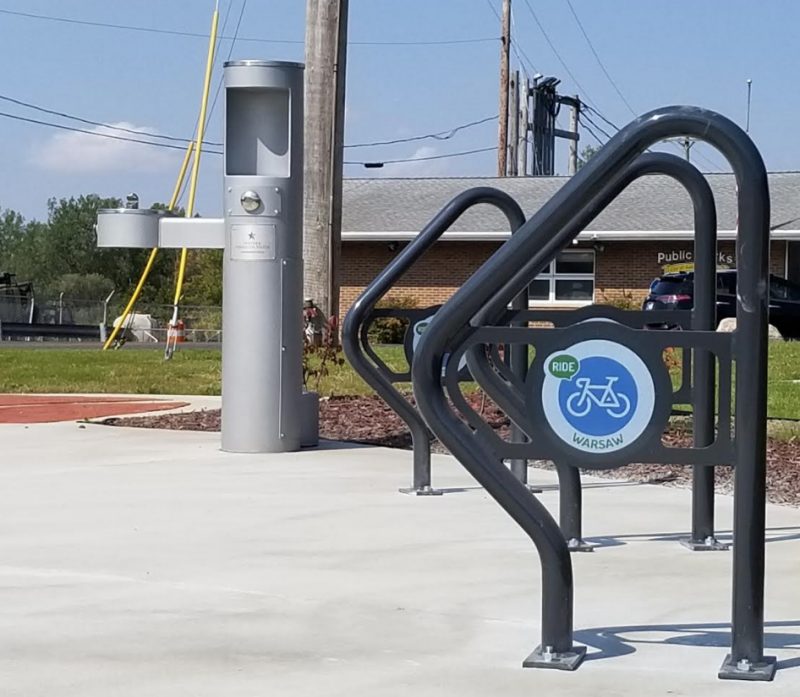 The park includes bike racks and a water fountain.