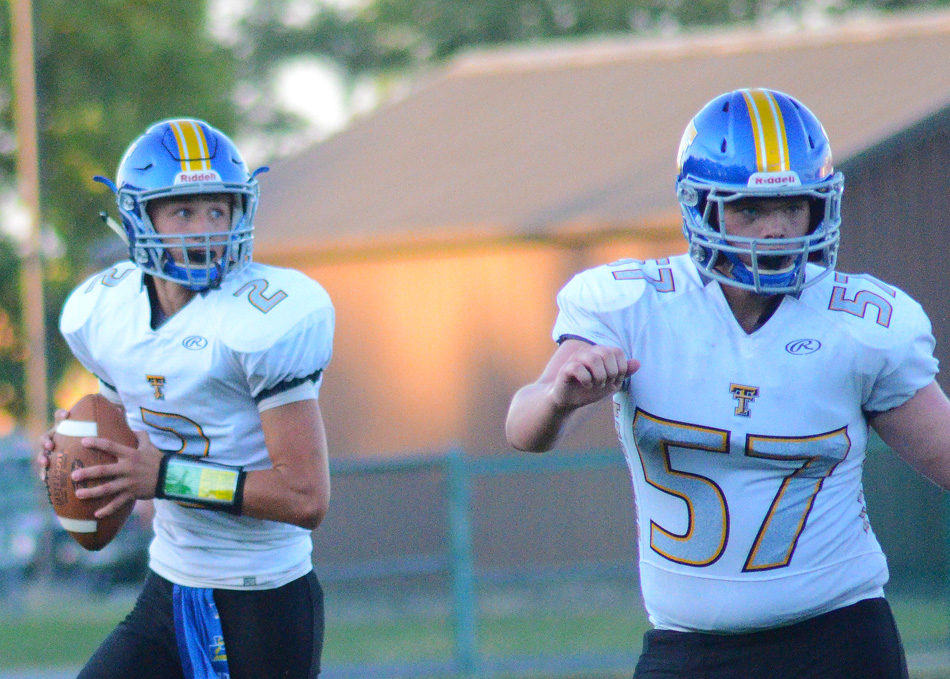 After struggling to finish drives a week ago in a loss to Peru, Tippecanoe Valley put a beating on North Miami Friday night in Denver.

Alex Craft returned to the field and scored from 25 yards out on Valley’s first drive, and the ball began rolling downhill quickly. The Vikings hung 25 points in the quarter, with Branson McBrier finding Rex Kirchenstien and Jacob Davis for scoring passes and Joel Cisneros also running in a score.

Valley rushed for 210 yards, and after a week ago suffering through four costly turnovers, the Vikings didn’t have a giveaway on the night against the Warriors.

The Vikings (2-2, 2-1 TRC) prepare for its biggest contest of the calendar, a home date next week with its bitter rival, Rochester, in the Bell Game.

The Lions made it 11 in a row against their neighboring rivals from Bourbon in a home rout.

Results from the contest were not immediately reported.

After three weeks on the road and a contest erased with LaVille due to COVID-19, Triton (2-1) will finally get a home game next week as it will host Culver.

The game at The Jake Friday night between Wawasee and Concord was suspended in the third quarter due to a transformer fire at the field.

The game will be restarted in the third quarter at 10 a.m. Saturday at Concord.

School officials decided that one half of JV football will be played following the conclusion of the varsity game.