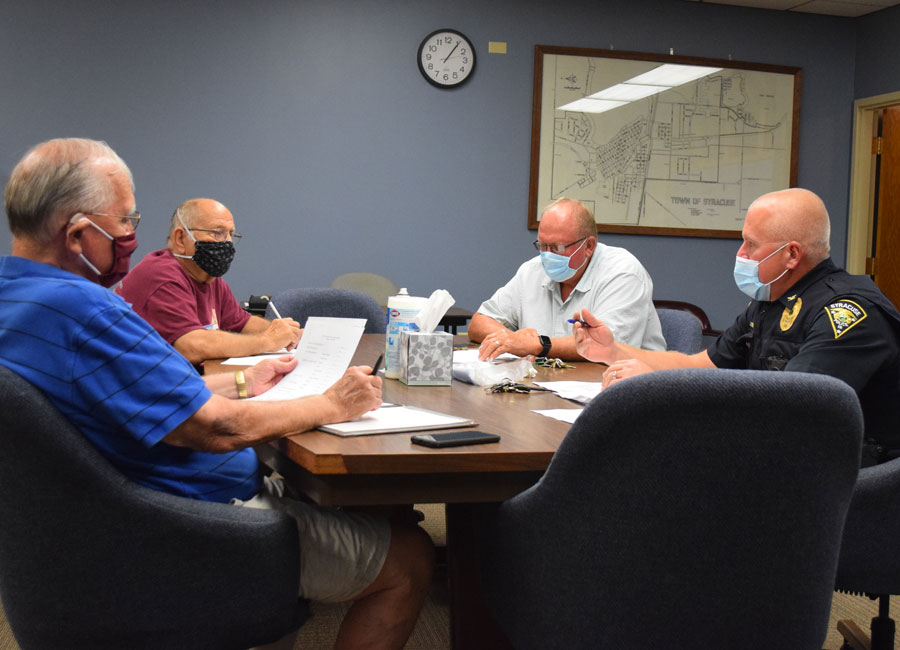 SYRACUSE  — The Syracuse Board of Metropolitan Police Commissioners held its first official meeting Monday afternoon, Aug. 31, discussing how to replace one of its members.

The board is made up of Syracuse Town Councilmen Tom Hoover and Larry Martindale as well as Syracuse Police Chief Jim Layne. Mike Noe, town manager, would need to be replaced as a member of the commission since he doesn’t live in town.

Layne mentioned the ordinance, which was approved last year, needs to be amended and he has some questions regarding establishing the police commissioners for Vern Landis, town attorney.

After some discussion, Layne said he would approach Syracuse Town Councilman Bill Musser to see if he would replace Noe. Currently, Martindale will serve a three-year term on the commission, Hoover a two year term and if Musser agrees, he would serve a one year term.

The commission reviewed the agency report which covers the same information Layne presents to the Syracuse Town Council every month, except the commission’s report covered January through July 2020.

Hoover asked about reserve officers. Layne said three have gone through the county’s reserve academy however, the department has not initiated rides along with a field training officer due to COVID restrictions. He hopes to be able to address that in the near future.

Layne also told Hoover and Martindale he hopes to hear about an $80,000 grant for new portable radios for the department.