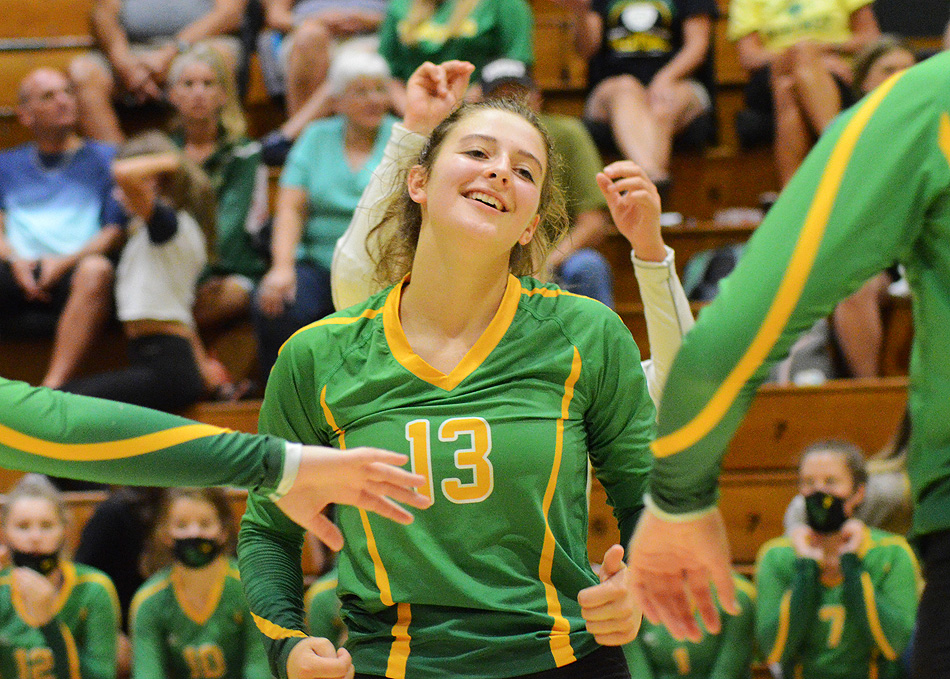 Hannah Engstrand and Tippecanoe Valley earned its first win of the season with a 3-0 run of Winamac at home Tuesday night. InkFreeNews photo by Nick Goralczyk

The Lady Warriors (3-1) had 24 combined kills from Leslie Vazquez, Emma Dippon and Dylan Konieczny while Kai Jamora and Amanda Allen registered a total 21 digs. Allen added 21 assists while Bailey Mayhew and Vazquez each had four blocks.

Full results were not issued for Wawasee’s 2-0 win over Central in the C-team game.

A host of Trojans made a dent in the stat sheet, led by a combined 15 kills and eight blocks from Abbey Viers and Addyson Viers. Madeline Doll had nine kills, Molly McFarland dug 10 attempts, Lexia Hostrawser sailed over five aces and Emma Hepler set up 22 points.

Tippecanoe Valley earned its first win of the season and the first of the Doug West era after a 25-20, 25-10, 25-17 victory at home. Stats were not provided from the contest.