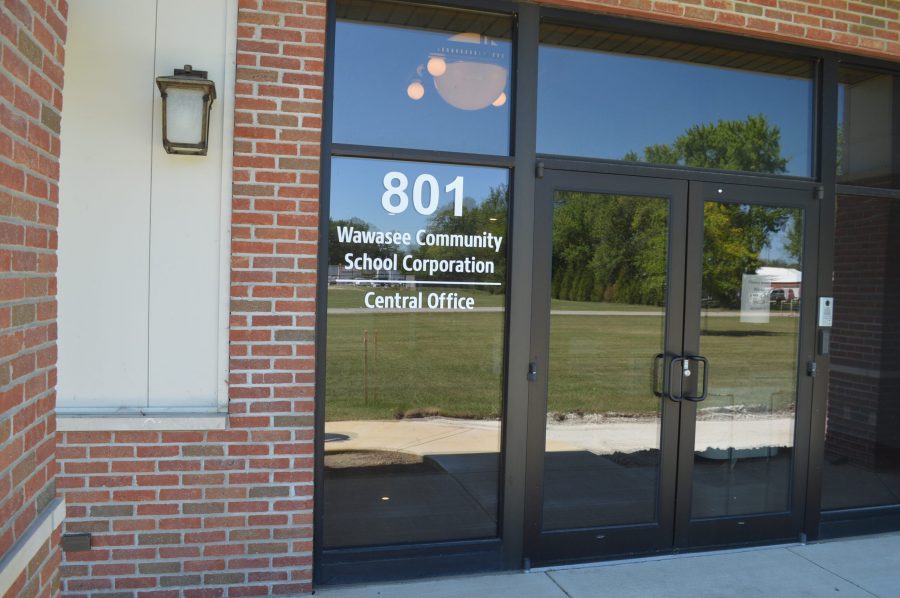 Main entrance to the new central office for the Wawasee Community School Corporation in Syracuse.

SYRACUSE — All Wawasee Community School Corporation central office staff members have moved in to the new central office on Sycamore Street behind Casey’s General Store in Syracuse. Mostly what remains to be done is the exterior work such as landscaping, irrigation, extending the sidewalk to the parking lot, signage out by Sycamore Street and finishing the parking lot.

It is estimated the remaining work will be finished around mid-September.

A new central office became a reality when buildings were obtained from Alan Tehan. Moving to a new central office will free up space for Pathways Cooperative career and technical programs, some of which are growing considerably. Some Pathways classes will be moved into the old central office after it is renovated during the current school year by building trades students working with a local contractor.

This will also reduce the number of Pathways students who need to ride a bus to attend class.

There are a few extra offices and other staff members may be moved in to those offices later.

The old central office was built at the same time the high school was in the late 1960s. It was added on to in 1992. 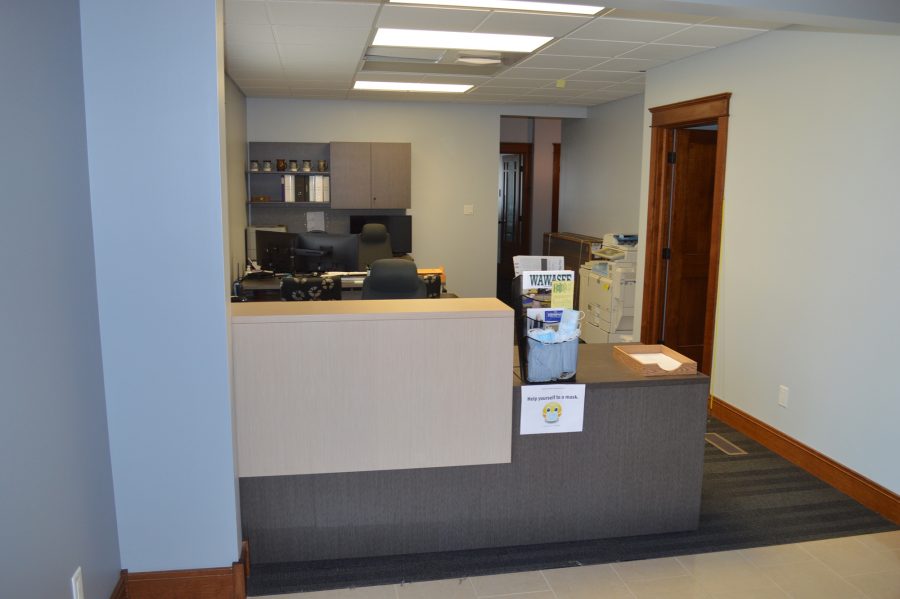 Reception area by the main entrance of the new central office. 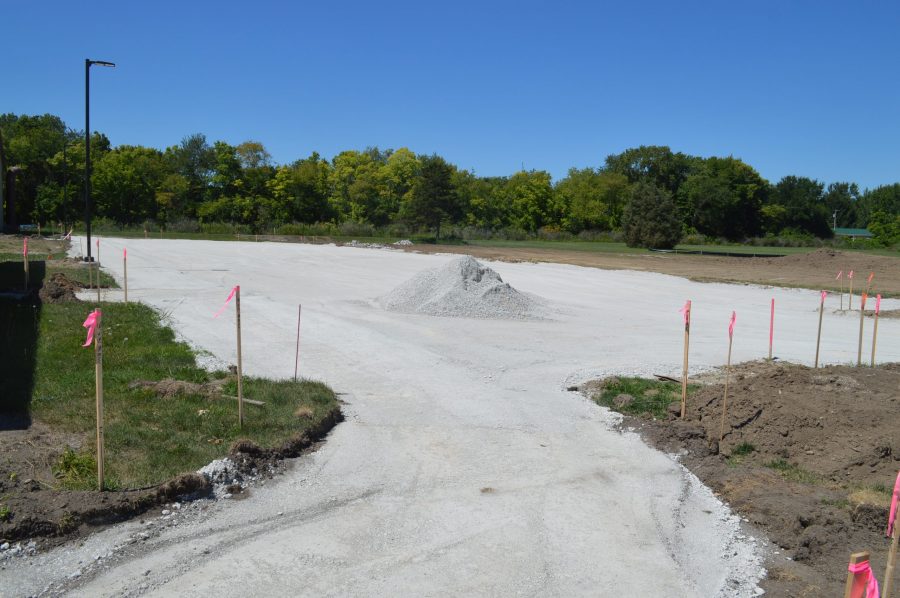 What will eventually be a new parking lot for the central office.