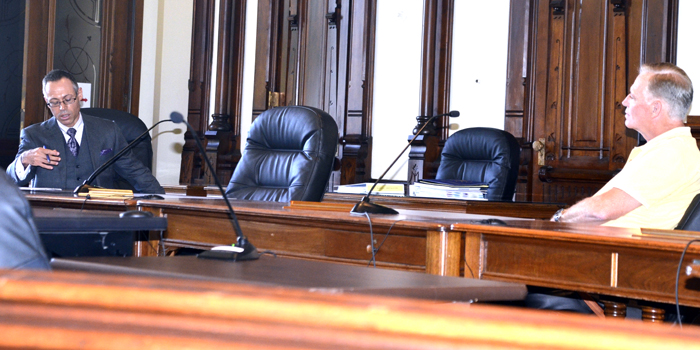 Parkview will join three MedStat facilities that continue to offer testing in Kosciusko County. The agreement with Parkview Warsaw is described as being similar to the agreement with Medstat.

The service at Parkview will be paid with CARES Act money from the city of Warsaw and Kosciusko County, Mayor Joe Thallemer said at the Board of Public Works and Safety meeting Friday morning.

Commissioners also approved an updated agreement between Kosciusko County and the city of Warsaw that includes Parkview Warsaw as an approved testing site and clarifies the difference in billing.

Medstat billed the county and the city separately, officials said. Parkview will only be billing the county; therefore, the updated MOU includes the provision that the city will reimburse the county for the city’s portion of the cost.

There has been a delay in testing at Parkview, which was initially set to begin Aug. 10. According to Thallemer, testing will be provided at Parkview from 8:30 a.m. to 5 p.m. Monday through Friday, beginning Aug. 17.

To streamline the testing process while implementing safety precautions, Parkview Warsaw, at 1335 Mariner’s Drive, is requesting patients pre-register for a testing appointment by calling (574) 372-0030 beginning Aug. 17.

Mayor Thallemer’s office has confirmed that the Indiana State Department of Health testing site will end after its final shift on Saturday (9 a.m. to 6 p.m.). Residents are encouraged to take advantage of this easy-access and free opportunity before it ends.