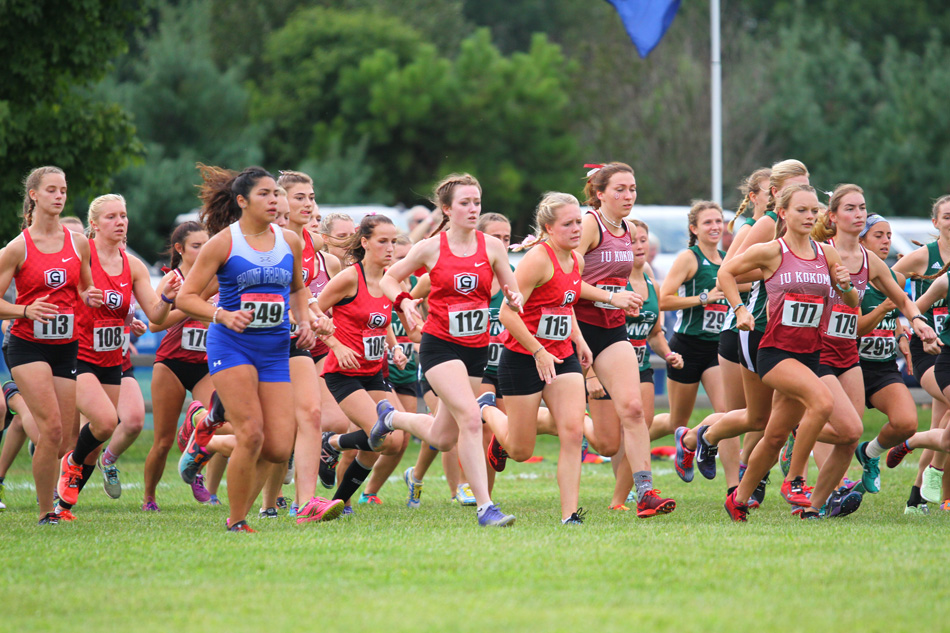 Grace cross country had a huge 2019 season, largely by the guidance of its head coach, Warsaw’s own Jake Poyner. Photos provided by the Grace College Sports Information Department

WINONA LAKE – The cross country community is a tight one. For a sport that thrives on what is typically punishment for everyone else, it takes a special mindset to excel within its confines. 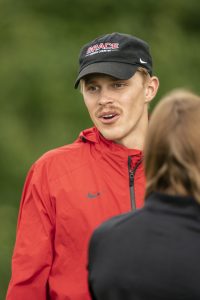 Poyner, who was an ultra-successful runner at Warsaw Community High School and later Wake Forest and Lipscomb Universities, came back home to begin his coaching career. Joining on with Grace two seasons ago, Poyner was an assistant for a season before taking over head coaching duties in 2019. The Indiana All-Star with the Tigers is now fielding all-stars of his own as Grace took huge strides last fall.

Taking a look back at Poyner making a name for himself in the community, he helped the Tiger cross country program to back-to-back top-15 finishes at the IHSAA State Finals. As a senior, Poyner finished sixth overall in the individual standings, and along with teammates Ellis Coon and Robert Murphy, all three were podium finishers. Poyner and company also helped the Warsaw track team to a top-five team finish in 2012.

Fast forward to 2019, and Grace was well on its way. The men’s cross country team finished third at the 2019 NCCAA National Champions, tied for its best finish ever in 11 years of opportunities. Five of Grace’s top seven men were freshmen. The women were sixth at the NCCAAs, it’s second-best finish in program history. Heather Plastow, a Lakeland Christian Academy graduate, was ninth, which put her as an NCCAA All-American.

Poyner then went and got himself the largest recruiting class in team history. The rosters will field 36 total athletes, 16 more than what the team had in 2018, an 80 percent increase. 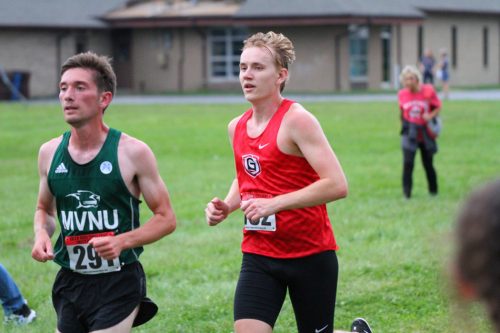 Daniel Messenger, once a teammate of Poyner at Warsaw Community High School, now competes for his former running mate.

Noted Grace College athletic director Chad Briscoe on the monster recruiting class, “With running, largely you can just focus on you. It’s up to you whether you get your miles in and stay focused. Jake has then taken that and built a culture where running matters for these young men and women coming in. He has a tremendous wealth of background experience within his own career, and then being able to get that out of the kids who come to run here, that’s key. You will see that trend continue with the growth of this program as it unfolds in the next couple of years. Excited to see what this incoming class holds, and what Jake can get out of him.”

“I’ve been so grateful for the opportunity to lead this team and coach here at Grace,” Poyner said. “I grew up in the Winona Lake / Warsaw community because my parents were both Grace grads who met in college, fell in love, married, and never left this area. Whether they roll their eyes at me or not when I point that out, in retrospect, they put my siblings and me in a position to have awesome opportunities. I never want to take that for granted.”

Among the names on the Grace depth chart include a former Warsaw teammate, Daniel Messenger, who returns for his senior season at Grace after running as a freshman with the senior Poyner at Warsaw on the 2012 teams.

Poyner fully expects major contributions this fall from Plastow and Dimitri Margaritidis and anticipates the incoming help from recruits Mallory Hiatt of Rochester and Macallister Cheek of Oak Hill.

“When I was hired, I knew that if we could put together and manage a large team, the depth of the roster and the true team-like experience it provides for the student-athletes would serve us well as I looked at where we were at and where we want to be aiming for,” noted Poyner. “Lots of great individuals joining our ranks this fall for their inaugural semesters in Winona Lake.”