SYRACUSE — About 50 patriots and a handful of their four-legged friends reprised a Fourth of July tradition along Lake Wawasee’s north shore that started more than half a century ago. 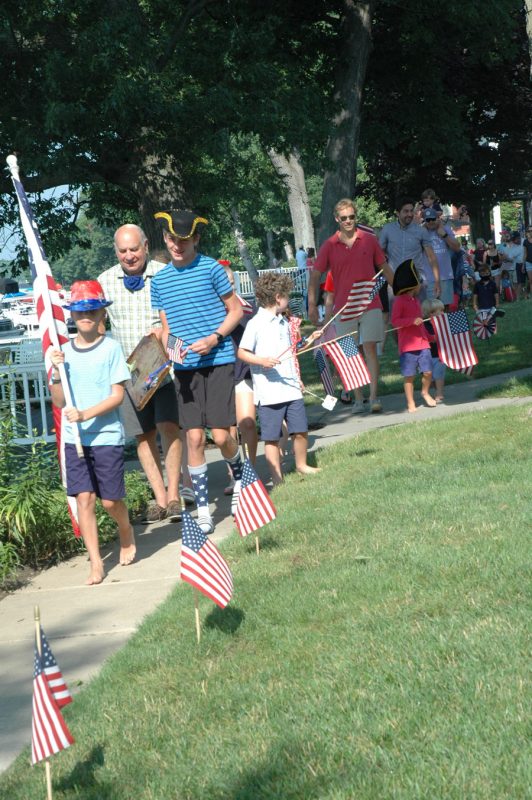 The Winter family led the parade along the north shore of Lake Wawasee Saturday, July 4. Rick Winter, second from left, spearheaded the organization of the event.

Eleven groups of neighborhood families and friends, appropriately socially distanced, marched eastward through the lakeside yards of a dozen or so houses along Eli Lilly Road, carrying flags and dressed in patriotic garb. They ended up at the Fanning residence for red, white and blue cupcakes; donuts; and juice boxes for the kids.

The parade lasted barely 10 minutes, but John Fanning hoped for a generational impact. “We want these kids to be able to experience this, so when we are gone they have a point of reference for their children. They will have the memories they can pass on to their families.”

John Feighner noted the reason for the event. “We are here to show respect for liberty and for families gathering and to continue with the tradition of the Fourth of July on the north shore of Lake Wawasee.”

Rick Winter, a neighborhood resident for 60 years, spearheaded this year’s effort. He said the parade began in the mid-1960s by John’s father, Jack Feighner, and Bill Beemer. The procession fell dormant for about 35 years and was reactivated last year with about 40 participants.

“We are proud of living in America and proud of our flag,” said Nancy Fanning. “This is an important tradition.”

Her daughter, Katie Detzler, harkened to her participation when she was little. “I did this as a kid when I was my children’s age. We would get together for lifelong relationships and pass it on from generation to generation. It’s good to come together as one unit and do it safely, and it’s good to celebrate and teach our children there is a history behind everything.”

For some, the felicitous procession was also a resolute pushback against anti-American sentiment. “I am tired of the disrespect of our flag in this country and this symbolizes that,” said Nancy. 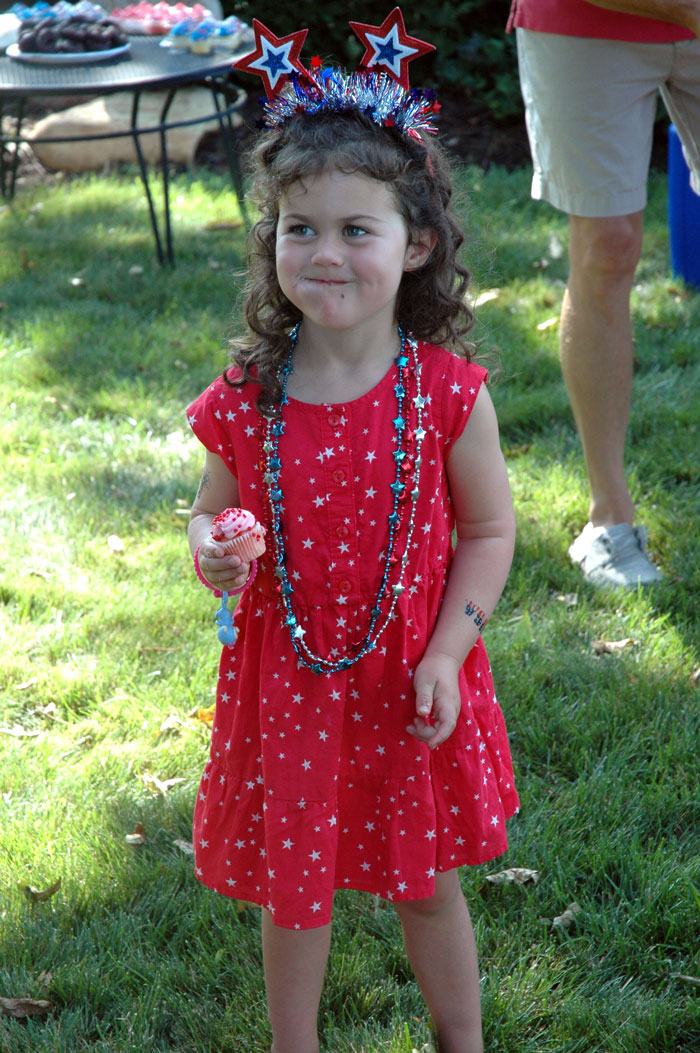 Rebecca Stafford, daughter of A.J. and Lisa Stafford, smiles through a mouthful of post-parade refreshment at the Fanning residence.

After the parade, a quartet of young scholars assembled to present a kid’s-eye view of U.S. history. The panel discussion consisted of Ove Jorgensen-Stevens, 4; Lila Shellgren, 6, and her brother, Graham, 5; and Rebecca Stafford, 4.

When asked how many colonies this country began with, estimates ranged from one to 20, with Graham coming the closest with eight.

Which country did the United States separate from in 1776? Lila hit the target by answering, “England.” Ove confidently replied, “Disney World,” and Graham thought it was Chicago. Rebecca, somewhat distracted, looked at the image on her Juicy Juice box and said, “Apple.”

Estimates of the nation’s age — 224 years — varied wildly. Lisa guessed 154. Ove said 150, his stock answer for numbered responses, according to his grandmother. Rebecca figured she and the country were the same age, and Graham thought the U.S. was eight years old.

Where was the Declaration of Independence signed? Lila’s answer, “America,” was generic but technically correct. Graham again answered, “Chicago,” and Ove opined, “California.” Rebecca abstained from answering the question as she migrated back to the goody table.

Other photos of the parade and refreshments afterward: 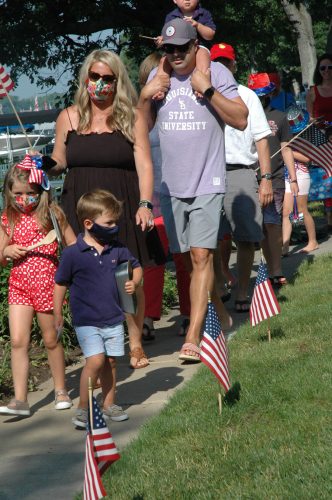 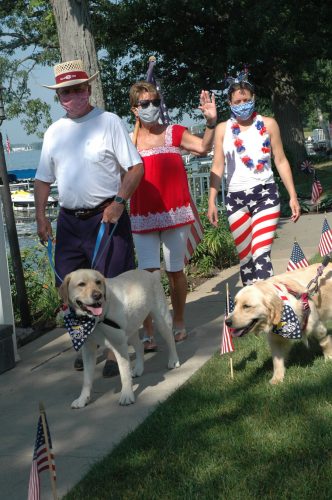 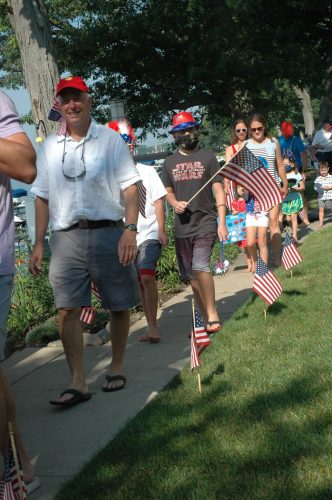 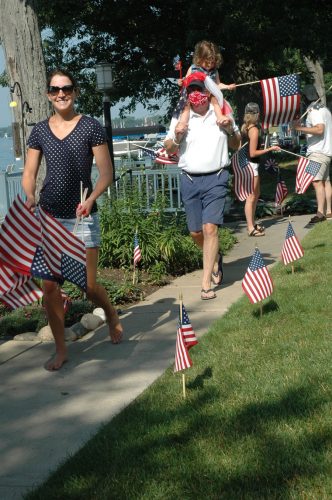 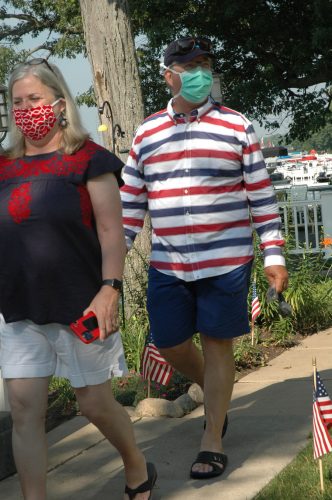 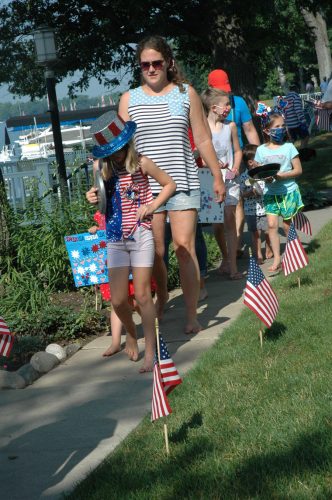 LISA STAFFORD AND MEMBERS OF THE TEHAN FAMILY 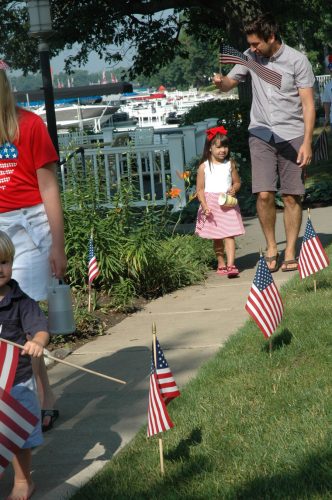 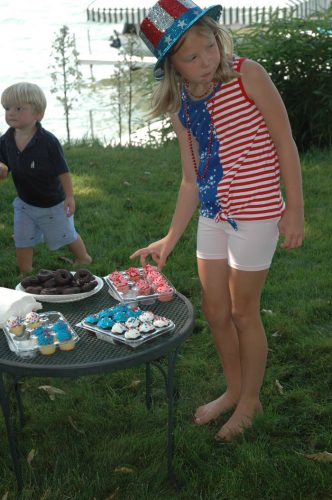 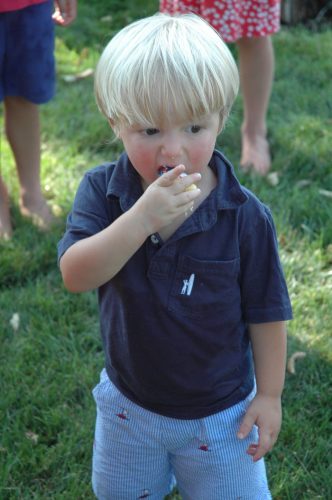 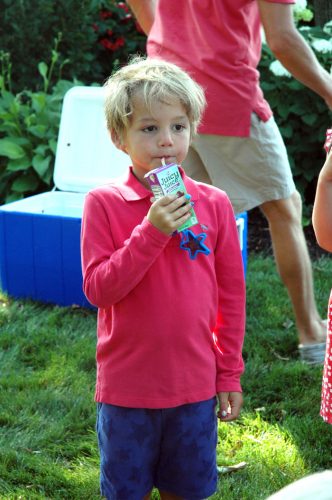 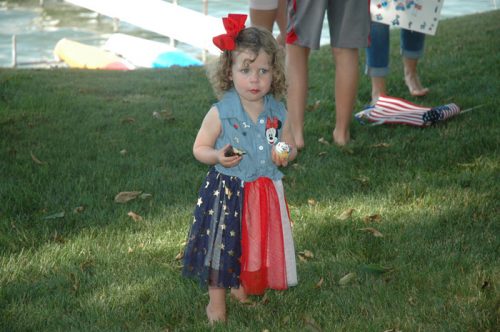