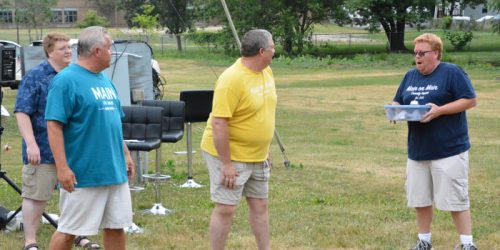 Members of the Main on Main Improv Troupe that performed at the Last Friday event on June 26 include, from left, Stephen Leininger, Ian Crighton, Chuck Brindle and Todd Lucas. They offered two free shows to delighted audiences. InkFreeNews photos by Keith Knepp.

SYRACUSE — The June edition of Syracuse’s “Last Friday” event  enjoyed warm summer temperatures last evening as visitors to the event were treated to vendors, displays, free snacks and two free shows. The evening’s activities were organized  by the Syracuse-Wawasee Chamber of Commerce.

Taking place from 6-7:30 p.m.. at the corner of Dolan and West Main streets, the evening’s family-friendly entertainment shows were presented by Main on Main Improv Troupe, consisting of talented comedic actors Todd Lucas, Stephen Leininger, Ian Crighton and Chuck Brindle. In the spirit of the popular television show “Whose Line Is It Anyway?,” the quartet performed various skits based on suggestions and cues provided by the audience, including many children.

Free popcorn and water was distributed by RE/MAX Partners of Syracuse, to the delight of the many who partook. Informational booths were set up Kosciusko Community Hospital, Lakeland Youth Center and the Syracuse Parks Department, each offering some combination of giveaways, kids games and crafts..

Blue Barn Berry Farm offered a variety of goodies for sale, including fresh vegetables, baked goods and kettle corn. For $1, children had the opportunity to have their photo taken with one of the birds brought to the event by Fur & Feather Bible Tails.

Attendees also had the opportunity to purchase a $100 raffle ticket for a chance to win a trio of items, including a 2011 custom Harley Davidson trike, trailer and a 2003 Harley Davidson anniversary special edition Ford F1-150 truck. Proceeds from the raffle will benefit Joe’s Kids, a Warsaw-based non-profit organization providing therapies for special kids in Kosciusko county. For further information about the raffle, call Les Reimer at (260) 609-5609.

The next Last Friday event will take place Friday, July 31, with the theme “Back to School.” For further information on the planned event, call the Syracuse-Wawasee Chamber of Commerce at (574) 457-5637. 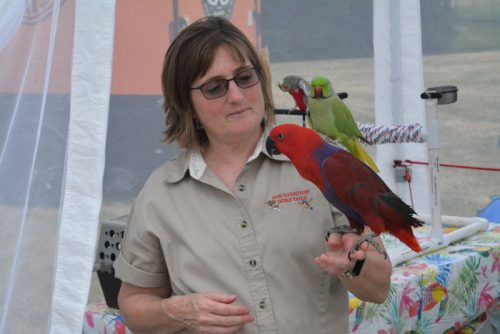 Amber Utter of Fur & Feather Bible Tails poses with Lydia while Eli and Phibo look on from behind. 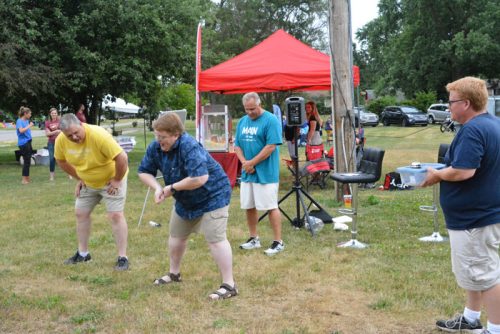 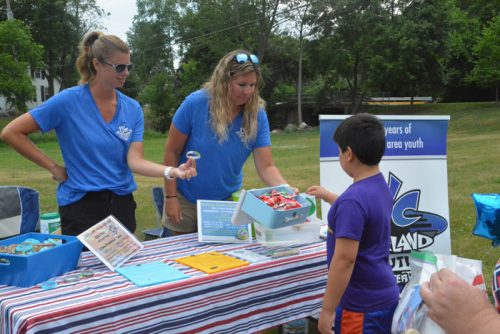 Jenny Douglas, left, and Jessica Barger represented Lakeland Youth Center at Last Friday on June 26. They are shown offering crafts and other goodies to Xander Knepp. 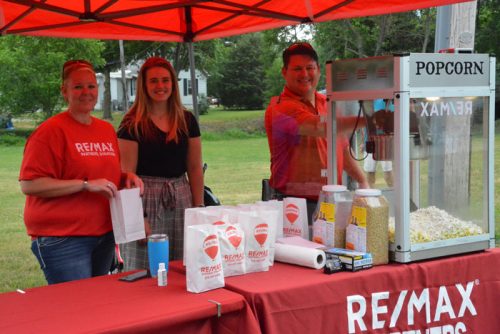 Rita Roberts, Sara Pritchard and Jeremy Doerr of RE/MAX Partners were busy handing out free popcorn and water at last night’s Last Friday event, which was put on by Syrcause-Wawasee Chamber of Commerce. 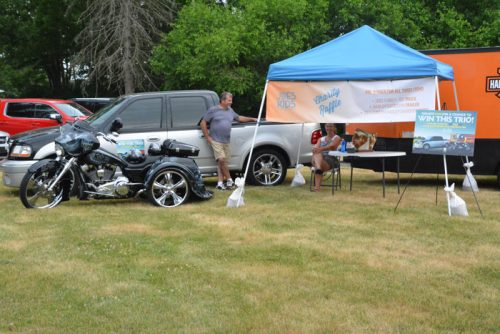 Raffle tickets for a chance to win a Harley trike, Ford truck and a customized trailer were available for purchase to benefit Joe’s Kids. 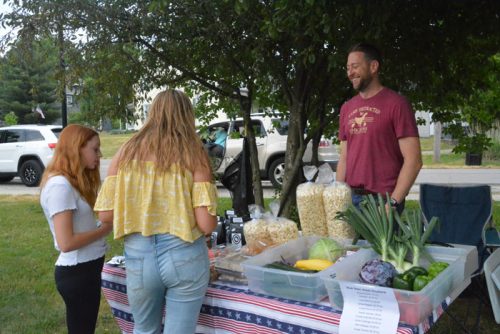 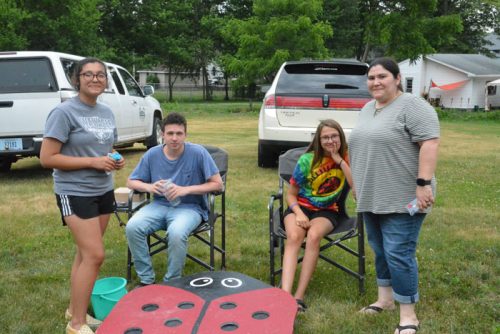 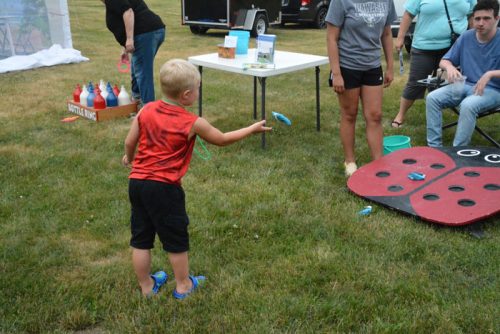 Blaiyn Taylor, 6, of Syracuse tries his luck at a bean bag toss game that was offered by the Syracuse Parks Department. 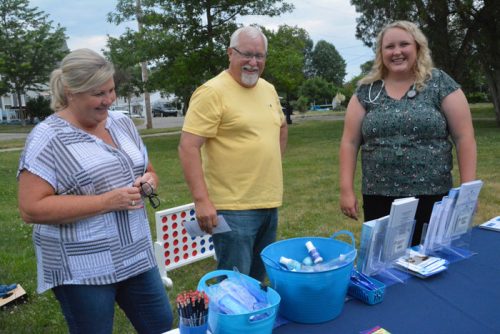