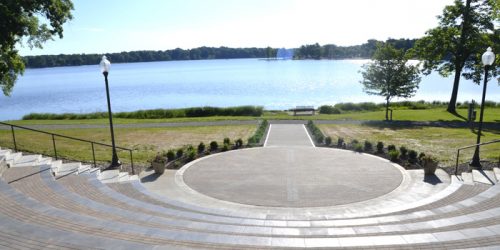 View from the top of the amphitheater. InkFreeNews photos by Lasca Randels.

WARSAW –  A ribbon-cutting ceremony was held for the renovated Amphitheater at Lucerne Park in Warsaw Wednesday, June 24.

“Back in 1984, we built the first amphitheater out of using telephone poles borrowed from the Sprint Telephone Company and old picnic table boards, so we’ve come from that to this beautiful thing that we have today,” Warsaw Parks Department Superintendent Larry Plummer told the crowd.

Plummer expressed gratitude to the general contractor of the project, Bob Lyions of Roche Construction, the planning department, Warsaw Parks Maintenance Director Shaun Gardner and the parks maintenance crew, the park board and city council for backing the project and Mike and Kim Bradford of Bradford’s Outdoor Creations for the work they did.

Plummer said the amphitheater will be a great amenity for the public with endless opportunities.

“It does my heart well to see what we’ve came from —  the telephone poles and picnic tables,” Plummer said.

The amphitheater will officially be open for events on July 4. Plummer said a wedding will be held there on opening day and church services will be taking place the following day at that location.

All rental facilities are operating at reduced capacity at this time to allow for social distancing. The amphitheater, for example, can seat 280 people but is currently limited to 150.

The first concert at the revamped facility will be July 17 and feature the Blues band, Lightnin’ Rod & the Thunderbolts.

The show is part of the park department’s summer concert series, which is normally held at the Central Park Plaza. The concert will be monitored for social distancing, according to Plummer.

Anyone interested in renting the amphitheater may call the parks department to make reservations. 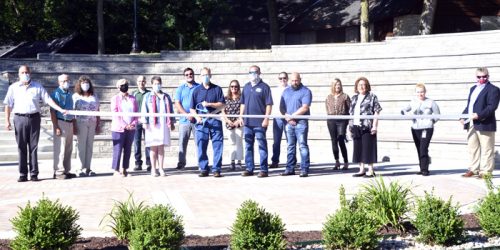 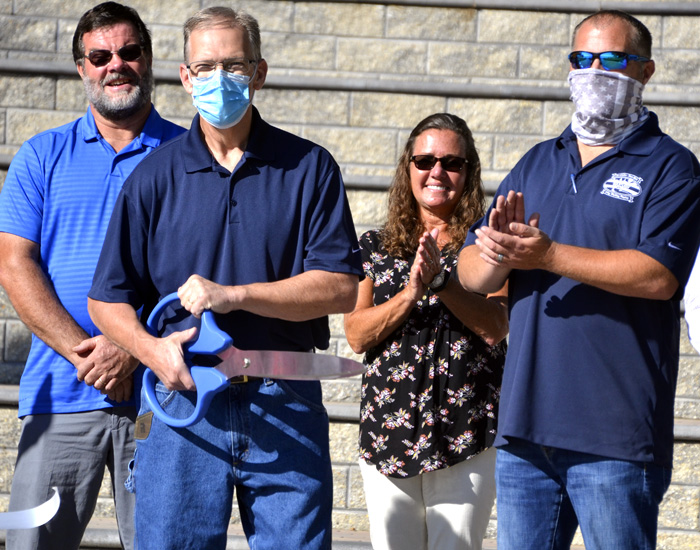