↓
Protect Democracy. Support Local News
Articles→Letters to the Editor→Guest Column: 5 Proposals To Consider In The Next Stimulus Package

Senate Republicans have suggested a “July time frame” for passing the next coronavirus package. As they consider their options, they should realize that the time for more relief has passed. Congress should now focus on passing an economic stimulus package. 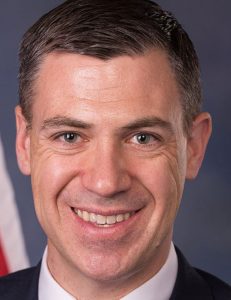 The chief aim of the CARES Act and additional PPP funding was to preserve client relationships (between employers and employees, landlords and tenants, etc.). Those early relief packages focused on deferring payments and providing capital to struggling businesses and families because the government shut down economic activity.

May’s jobs report gives an early indication that our effort was successful. But it was expensive, costing taxpayers nearly $2.7 trillion.

As we near a $2 trillion deficit, it’s clear we cannot continue spending our way out of this crisis.

As the economy returns to life, Congress should take a different approach. Instead of more massive relief bills, we should focus on passing policies that promote job creation, stimulate economic activity, and achieve long-term growth.

April’s unemployment rate in Indiana neared an eye-popping 17 percent — we need to get those folks back into the workplace.

Here are five proposals the Senate should include in the next coronavirus package to empower the American people and help President Trump lead the Great American Comeback:

Families already suffering from the unexpected loss of a loved one from COVID-19 don’t need to undergo extra punishment. The death tax adds a financial burden to grieving families.

Small business owners and entrepreneurs need extra cash to rebuild and invest in their employees. The self-employment tax hurts job creators when we need job creation more than ever.

Incentivize work by letting workers keep more of their own money. Cutting the payroll tax serves as a better stimulus more than direct cash payments to Americans because you have to earn a paycheck to benefit.

Americans shouldn’t have to worry about their taxes going up in the midst of a pandemic and economic recession.

Since February, the FDA has used its Emergency Use Authorization to fast-track coronavirus drugs. The effect has been tremendous. Because of better treatments, the overall death rate for those infected with the coronavirus has declined by some 40 percent from March to April.

We know that policies like this work. Cutting taxes and rolling back regulations have already proven successful.

In 2013, after then-Governor Mike Pence enacted the largest state tax cut in Indiana history, it powered our state’s recovery out the Great Recession and drove the unemployment rate to 3.5 percent by August 2017.

Another example: In the year and a half after the 2017 Tax Cuts and Jobs Act passed, the real disposable personal income per household increased $5,205, GDP rose and unemployment hit record lows.

The White House estimated in 2019 that their deregulatory efforts will help save American households $3,100 each year.

Congress should put the American people in the driver’s seat of our economic recovery. The American worker built this nation. They can rebuild it too.