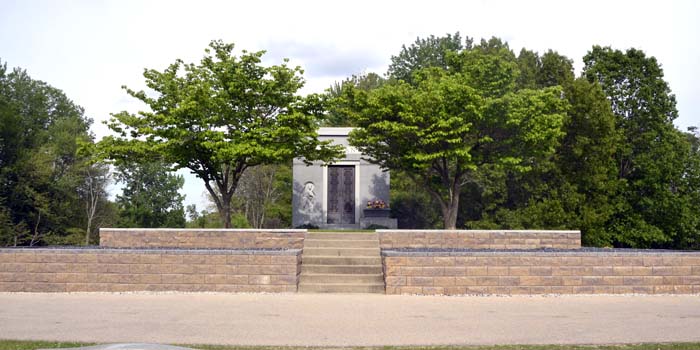 The block wall around the Saemann mausoleum has been completed. The work was done by Bradford’s Outdoor Creations. InkFreeNews photo by Lasca Randels.

Oakwood Sexton Hal Heagy said there were several items to review due to the length of time between meetings.

Heagy discussed restrictions and effects COVID-19 has had at the cemetery. He said his cemetery crew had worked in split crews for a time due to the COVID-19 pandemic.

“We split up in the shop, we had a break room outside, a break room inside, we split lunches, different stuff,” Heagy said. “We tried to do what we could.”

The crew is now back to a full time and normal schedule.

“I’m fortunate to have a job where we’re outside, so we’re pretty far apart,” Heagy said. 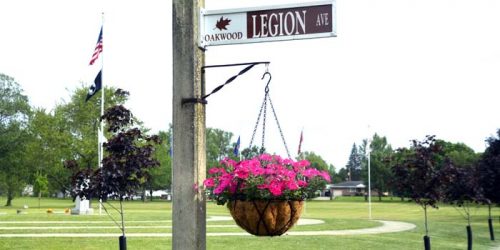 A photo taken at Oakwood Cemetery.

Although they currently have plenty of personal protective equipment, including gloves and masks, Heagy said he initially had difficulty getting PPE “because we aren’t first responders.”

Heagy said he reached out to Warsaw-Wayne Fire Chief Mike Wilson and Chris Fancil, the fire territory’s EMS Coordinator, and was able to get PPE through them.

Board member Chris Plack said, “Hal, it sounds to me like you’ve gone above and beyond to not only protect your crew but also respect the sensitivities of those around you, and I commend you for that.”

Plack then asked if the cemetery is open for people who want to come in and walk or jog, to which Heagy responded in the affirmative.

According to Heagy, an average of between 50-100 people a day have been coming in to the cemetery recently. Heagy said the restrooms are now open as well.

Regarding plans for the cemetery, Heagy announced that he has a drawing of the stage one plan of the #3 cremation garden and will bring that drawing to the July meeting. He hopes to have the project started this year.

Preparation has also begun for a new road on the east side of the cemetery.

“Kudos goes out to Jeff Beeler,” Heagy said. “I know he’s gone, but he forged ahead and got us to where Dustin (new Warsaw street superintendent Dustin Dillon) can take over and pave. They have come out and prepped the land.”

Beeler’s last day with the city as street superintendent was May 29.

Beaver Dam Tree Service, Akron, removed 11 damaged trees at the cemetery. Heagy said the company will be coming back to remove several “widow makers,” in the old section of the cemetery. The term “Widow maker” is used to describe a hazardous condition involving trees, such as detached or broken limbs.

Heagy told the board he will be purchasing a new dump truck for the cemetery this year that will replace one that was part of the fleet when he started 13 years ago.

He said the city has been very gracious in helping him out since he no longer has a mechanic.

“If they need something, they’ll holler and we’ll help them,” Heagy said. “It’s been a good working relationship.” 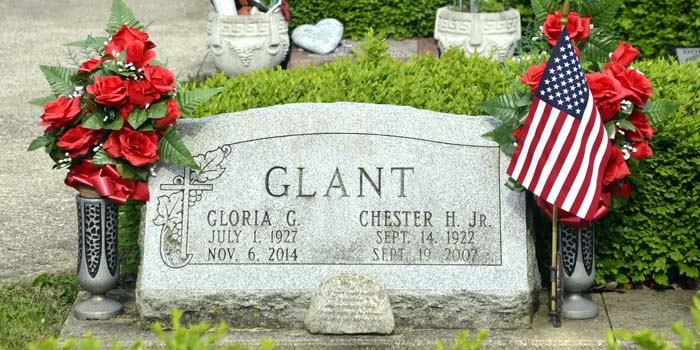 Flags were placed at many headstones for Memorial Day.