WARSAW — Debbie Messenger acknowledges she can’t fix her counseling clients. But she knows she can introduce them to the one who can. 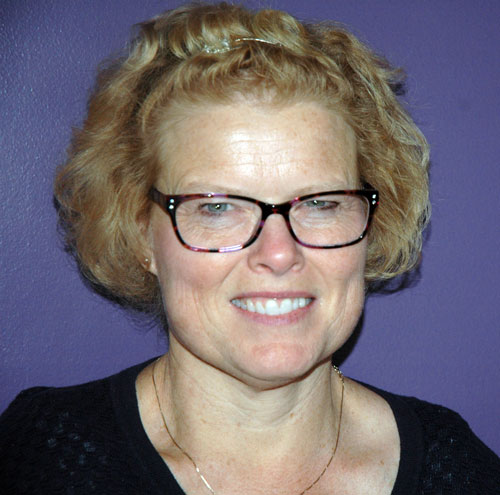 Debbie Messenger has been a counselor for nearly two decades, helping troubled individuals “tap into the vastness of God’s grace.” Photo by Ray Balogh.

Messenger was born in Wisconsin and spent her “formative years” in Mexico as a missionary kid. “It was a transient lifestyle,” she said. “I was from everywhere and nowhere.”

She returned to the United States to attend college, earning an undergraduate degree in psychology and a masters of education in counseling psychology from the University of Missouri in Columbia, Mo.

She earned her master’s degree in 1993 and received her counseling license after taking classes at Grace College in Winona Lake. “I was licensed a number of years later because I had a child and stayed home for a while before I got back into the workforce.”

Her first position after licensure was as a counselor at the Bowen Center. After four years, she joined the Kosciusko County Alcohol and Drug Program, where she worked for 13 years. Since the first of this year, Messenger has worked as a counselor with LifeTouch Ministries and Counseling Center in Warsaw.

Messenger believes she was guided by God to go into the counseling ministry. “God uses a series of life events to shake our core beliefs,” she said, “and through that process I developed an interest in pursuing giving in this way as a career.”

She counsels “predominantly adults and some late teens.” But she knows she is not alone in her efforts. “My personal, spiritual and philosophical view is, when it is all said and done, only God’s spirit can change a human heart,” she said.

“I feel we have just barely tapped into the vastness of his grace. We haven’t yet plumbed its depths. I just help walk someone to greater measures of freedom in the grace and truth of Jesus. The commonality of hope for everyone goes back to the cross. That is where healing, hope and redemption begin,” she said.

Messenger said she shunts off the burden of dealing with her clients’ struggles by realizing “I personally cannot fix it. I can pray, but I can’t fix it.”

She praised her colleagues a LifeTouch as well. “We have a wonderful staff that is very supportive in the sense of clinical guidance and that helps a lot, just learning to leave it in God’s hands.”

Messenger has her own wordless counselor at home. “My dog, Jovi, gets me up in the mornings. She’s an Australian shepherd-lab mix. She is a gem. She’s beautiful, smart, sweet, and doesn’t have a mean bone in her body.”

Messenger lives in Warsaw with Mark, her husband of 17 years. They have a combined family with three grown children.
She enjoys indulging in blended chai tea at coffeehouses and lives to hike, bike with her husband and watch movies, particularly dramas and psychological thrillers.

“I also love to do short road trips with Mark. He likes to drive and I like to ride and enjoy the scenery.”

The Messengers have been involved in the nondenominational Warsaw church Valley Springs Fellowship for many years. “We love the people deeply.”