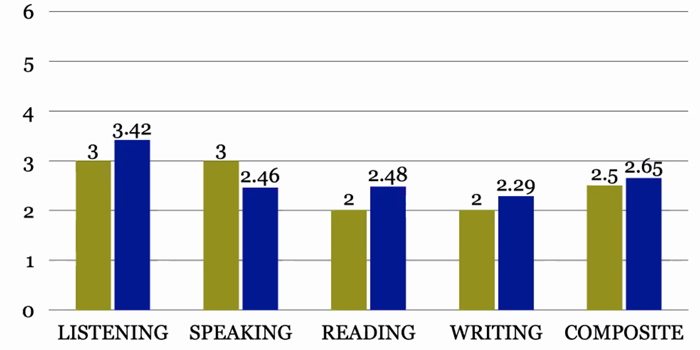 Eisenhower Principal Steven Boyer presented results from the test to the Warsaw Community School Board of School Trustees during a Zoom meeting on Monday, May 18. The school’s oldest group of DLI students are in third grade. A standardized assessment was given to second and third-graders in December 2019 to test the students’ proficiency in listening, speaking, reading and writing Spanish.

Students begin the DLI program in kindergarten and receive seven years of dual language instruction to become bilingual and bi-literate. Classroom time is split between two teachers, one who teaches in English and the other in Spanish. The Spanish teacher speaks only in Spanish and communicates using a wide range of engaging strategies including pictures, songs, games, body language, expressions and drama.

Eisenhower had 51 second-graders and 47 third-graders take the assessment. In total, the second-graders had a 2.65 composite score, with 2.5 being the average score. The only proficiency area students tested lower than average in was speaking.

Boyer said Ofelia Wade, a DLI Spanish director from Utah, visited the school corporation in September 2019 to observe the program.

“In the feedback that she gave us, she said ‘You all are nailing it,'” said Boyer. “‘The one area where you really need to focus is your students’ language production.’ That is already an area we’ve begun to target to boost those scores. It would be really interesting to see where those speaking scores would have been had we taken an assessment at the end of the school year.”

Eisenhower’s third-graders had a 3.43 composite score, with 3.25 being the average. The only proficiency area students tested slightly lower than average in was listening.

“I’m very proud of those results,” said Boyer, thanking those who have been involved in the program.

“I’m blown away by the program at Eisenhower,” said Dr. David Robertson, assistant superintendent of elementary education. “We’re extremely pleased with these results.” 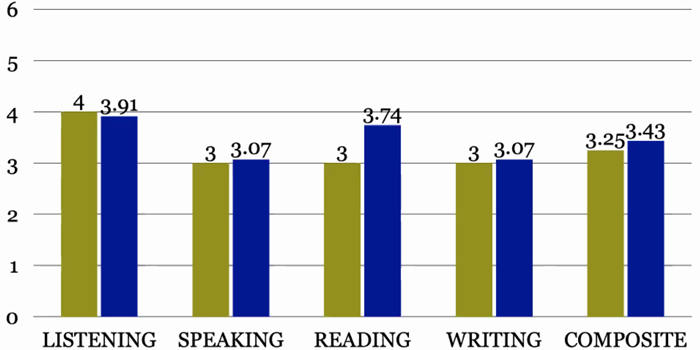