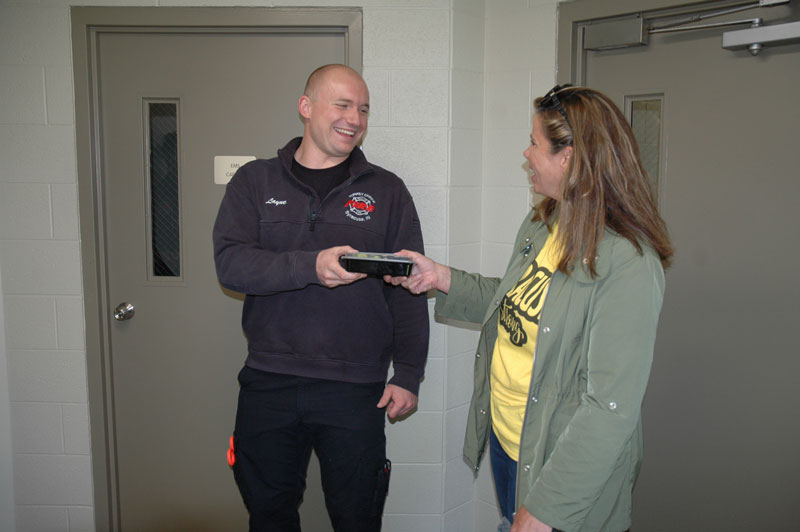 SYRACUSE — First responders, health care workers and the general public were all beneficiaries of a meal giveaway that started at noon Thursday, May 7. 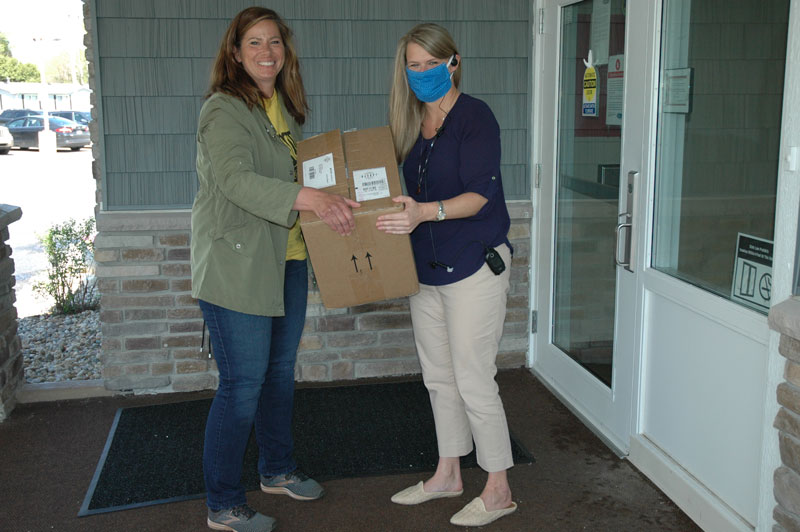 As part of the “Syracuse Strong” initiative, the town’s chamber of commerce and several businesses teamed up to prepare a variety of healthy meals for distribution.

Meanwhile, HealthElite Sports Performance and Nutrition handed out meals through its drive-thru window and across the service counter in its facility, located in the former Taco Bell building on the southeast corner of Huntington and Chicago streets.

More than 300 meals were prepared for the give 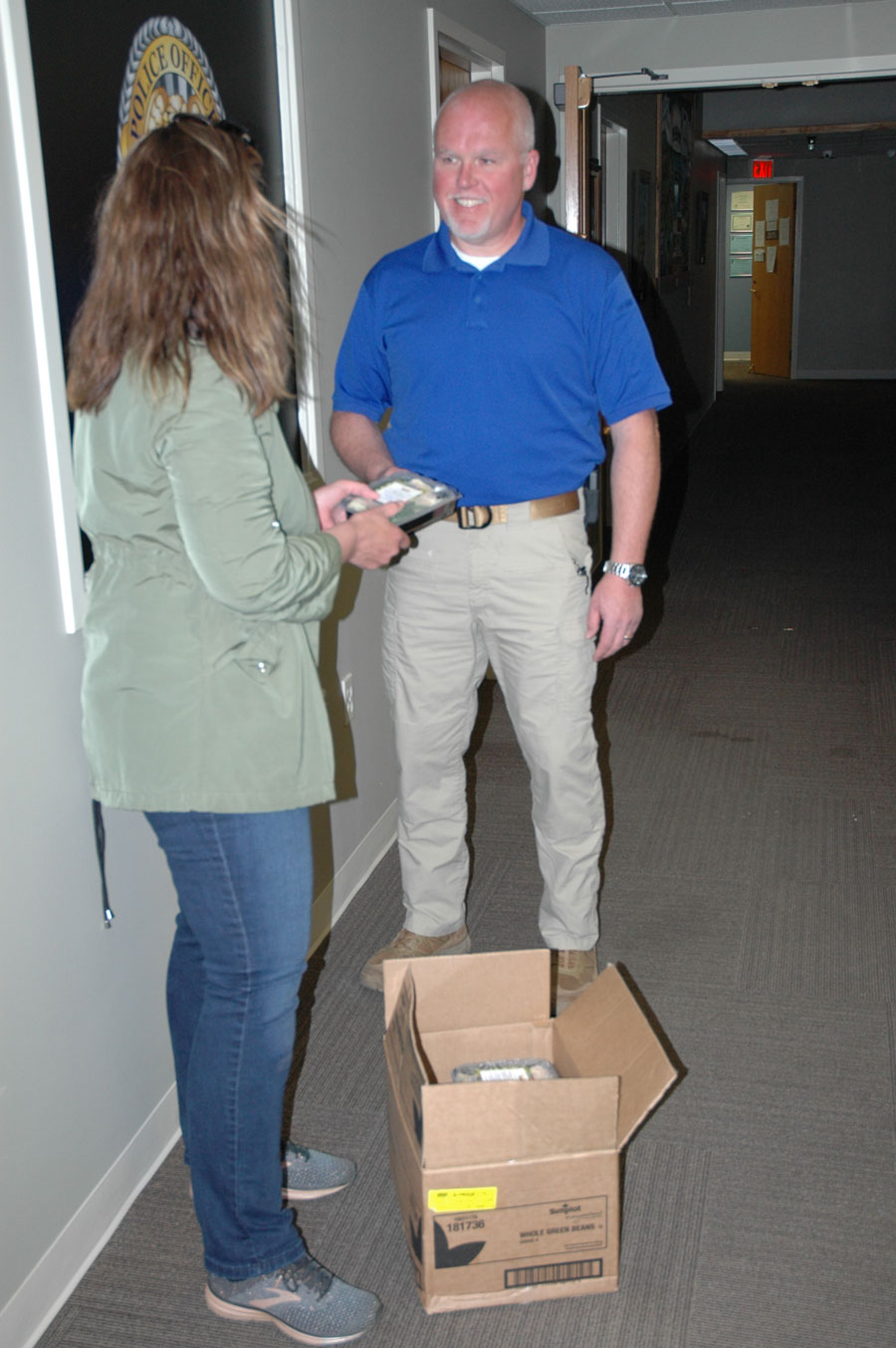 “We are cooking more right now,” said Brandon Davis, who owns the nutrition center with his brother Chase.

The current “Syracuse Strong” initiative “came about as soon as the stay-at-home order kicked in,” said Salyer.

“It’s a great way to boost morale and it just caught on,” she said, noting the chamber purchased 60 yards signs and commissioned the printing of paper signs for businesses 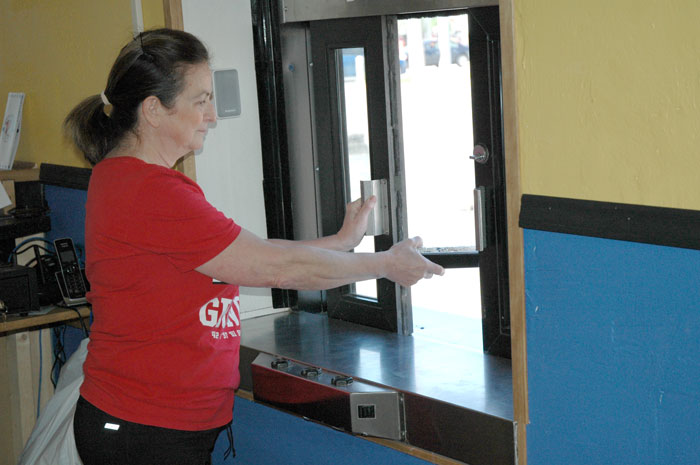 Christina Davis hands a free meal out the drive-thru window of HealthElite Sports Performance and Nutrition.

“We get some nice e-mails about seeing the consolidation of the community from the signs and the message,” she said.

“Eric Leffler from Dynamic Spine & Rehabilitation Center in Syracuse was the catalyst for the preparation of the meals,” said Salyer.

Davis said Leffler “had someone come in and tell me to contact him. The chamber got all the donors.” 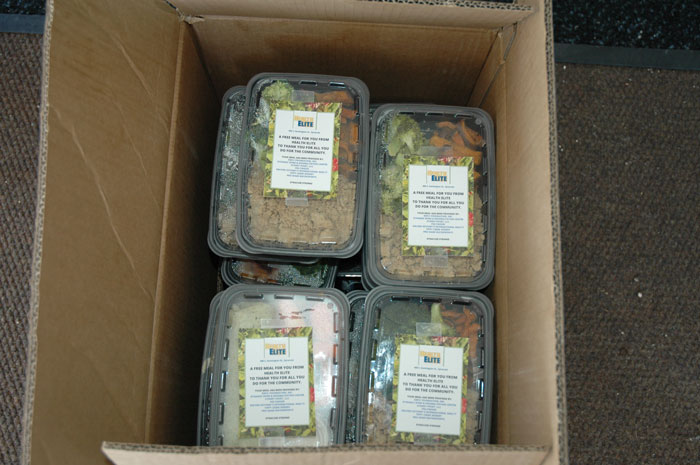 The free meals included seven entree options and a variety of sides.

Other participating businesses were:

A full article about the giveaway will appear in the May 13 edition of The Mail-Journal.