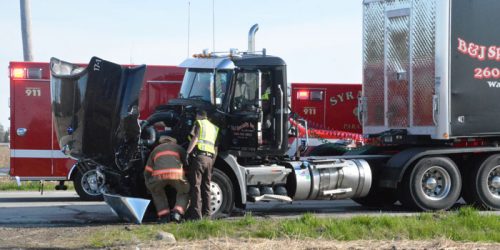 Two vehicles, including this semi, were involved in a collision at the intersection of US 6 and US 33 in Elkhart County on Wednesday, May 6. InkFreeNews photos by Keith Knepp 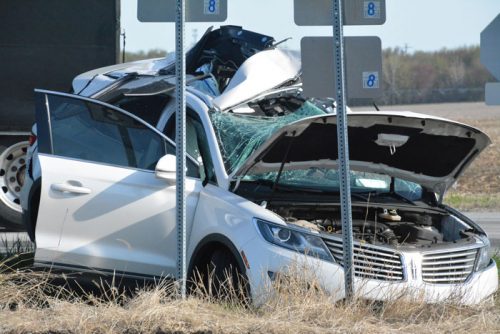 A white Lincoln SUV was involved in a two-vehicle crash on Wednesday, May 6. 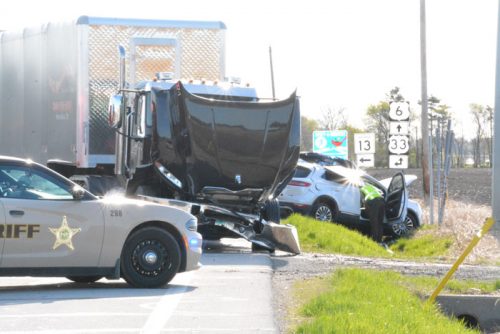 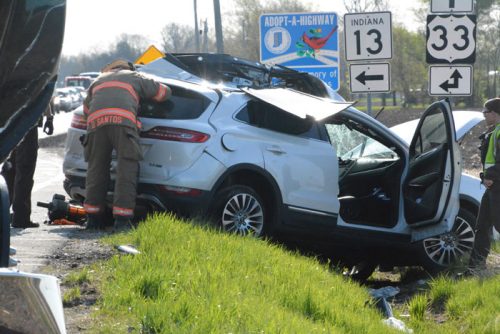