WEBSTER LAKE — An overnight fire destroyed two Lake Webster homes and damaged a third Friday, April 24. No injuries were reported, as the two destroyed houses were unoccupied at the time. Damage is estimated at more than $300,000.

According to Lt. Matt Stamm of the North Webster Fire Department, “We got the call at 12:55 a.m. The cause of the fire is under investigation.” 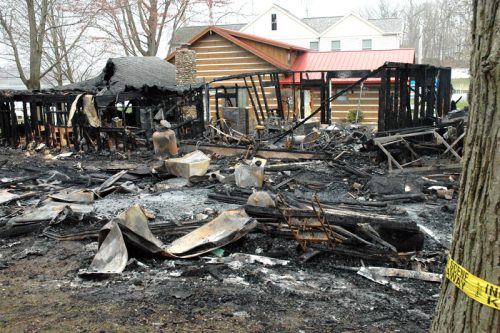 The middle of the three adjacent homes, at 91 EMS W15 Lane, was burned to the ground. The home’s owner, Toby Weaver, of Marion, he said, “showed up at 8:30 a.m. and this is what I saw,” pointing to the damage after the fire had been extinguished by the North Webster, Turkey Creek, Leesburg, Winona Lake, Noble Township (Noble County), Sparta Township (Cromwell) and Pierceton fire departments.

Weaver said, “Nobody called me. I just pulled up” to work on the home. “We had gutted the place and were in the process of remodeling,” he said. “We had some big plans on what to do to make it look real nice.

“Now I have two options: doze it down and sell the lot or rebuild. My wife and I will have to discuss it.” 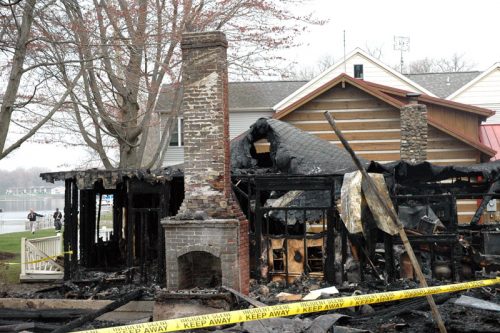 The fireplace stack was all that was left to the home at 91 EMS W15 Lane on Lake Webster.

Weaver said he would have to call Menard’s to cancel his order for special siding.

The second structure, directly to the north, was burned to the framing, and a boat parked out front was also destroyed. It was used as a summer guest house and the owners, according to Beacon Mapping system, John Lynn and Rebecca Anne Pittinger, who lived next door to the north, are still in Florida.

The home to the south, which according to the county’s Beacon Mapping system, is owned by Charles and Elizabeth Crouse, sustained damage to the siding. 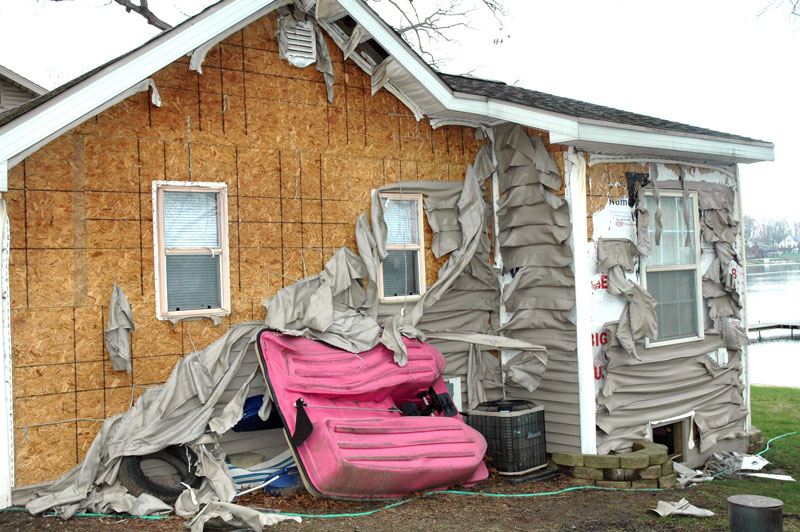 The third home involved in the blaze suffered melted siding from the radiant heat.