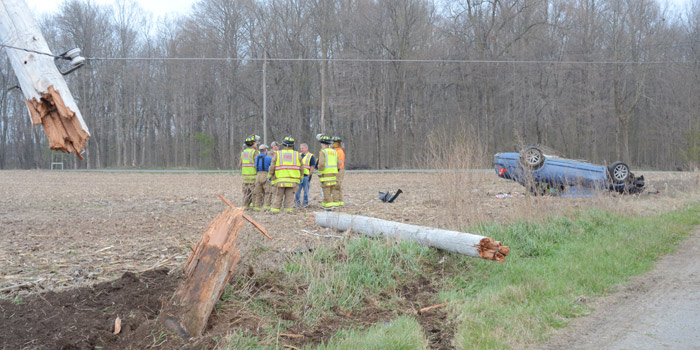 The top portion of the utility pole hangs from wires while the middle portion of the pole was broken off from the base. The overturned Ford can be seen to the right. InkFreeNews photos by Deb Patterson

NAPPANEE — An unnamed female was transported to an area hospital with unknown injuries following a one-vehicle crash on North CR 900W, south of Nappanee. The crash occurred around 7:30 p.m. tonight, Friday, April 24.

The female, the only occupant of a Ford Fusion, appeared to be southbound on CR 900W when for an unknown reason the vehicle crossed the roadway, hitting a NIPSCO pole. The impact took out the middle portion of the pole, leaving the lower portion in the ground and the top portion hanging by the wires. The vehicle rolled at least one time, coming to rest on its top just north of CR 800N.

The crash is being investigated by the Kosciusko County Sheriff’s Office. 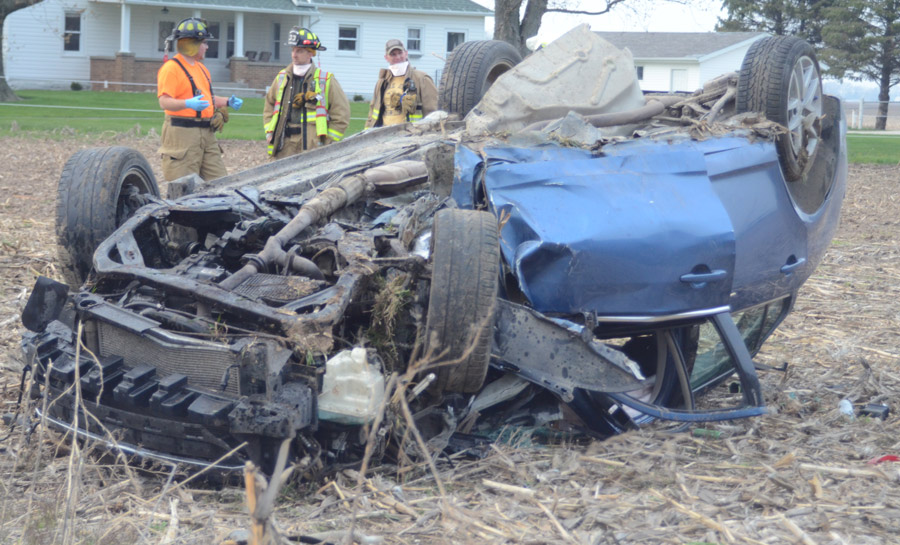 The driver of this Ford Fusion sustained unknown injuries and was transported to an area hospital.