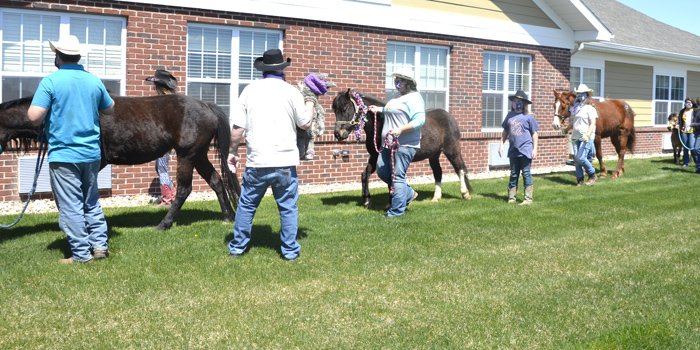 WARSAW — An area nonprofit organization brought smiles to the faces of nursing home residents with a little horseplay.

Volunteers from Magical Meadows, along with Tammy Stackhouse, founder of the organization, showed up at Grace Village, Miller’s Merry Manor, Mason Healthcare and Paddock Springs with several horses Monday, April 20.

They paraded the horses around the outside of the buildings, bringing them up to the windows for residents to see.

The idea came about after a volunteer from the Magical Meadows organization saw a piece on a news channel about a group taking horses to a nursing home in Mishawaka. The volunteer asked if something like that could be done here.

Stackhouse said she contacted representatives at local nursing homes, who were excited about the idea.

“We determined that we could follow the guidelines of social distancing and wearing masks and could hopefully put smiles on peoples’ faces,” Stackhouse said. 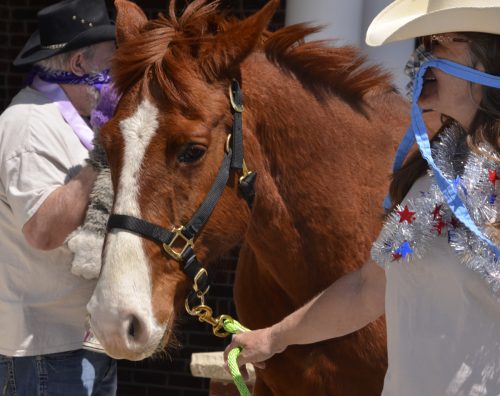 One of the horses brought to area nursing homes by Magical Meadows. InkFreeNews photo by Lasca Randels.

The group plans to visit Cardinal Services this week as well.

“We know that these two groups are unable to have visitors or leave their facilities,” Stackhouse said. “So we thought we would bring the joy to them.”

Residents could be seen smiling and waving from inside their rooms.

“When we began reaching out to the area nursing homes and Cardinal Services, there was such excitement and joy in the staffs’ voices,” Stackhouse said.  “And in return we will be the ones who are blessed as we see their smiles and their waves and we will know we had a small part in spreading some sunshine to the residents and the staffs’ day.”

Magical Meadows, is at 3386 E. CR 525N, Warsaw, and was founded by Stackhouse in 2007. The not-for-profit 501(c)3 organization provides therapeutic horseback riding to children and adults with physical, cognitive and emotional special needs through the healing power of horses in a peaceful setting.

“We have done this only a few times before, but with the current situation it has made us aware that our services may be needed in new areas,” Stackhouse said. “We are looking into offering some additional programs this year, as we know that there is a healing power in working with horses and that there are many new cases of anxiety and stress that have come with the current situation.”

“Our residents had so much fun watching the horses and handlers parade around the facility holding signs of encouragement,” said Anna Foster, executive director at Miller’s. “A big ‘Thank You’ to Magical Meadows for putting a smile on our residents’ faces today.”

Information about Magical Meadows may be found on their website at www.themagicalmeadows.org or they may contact Miss Tammy at (574) 265-3085. 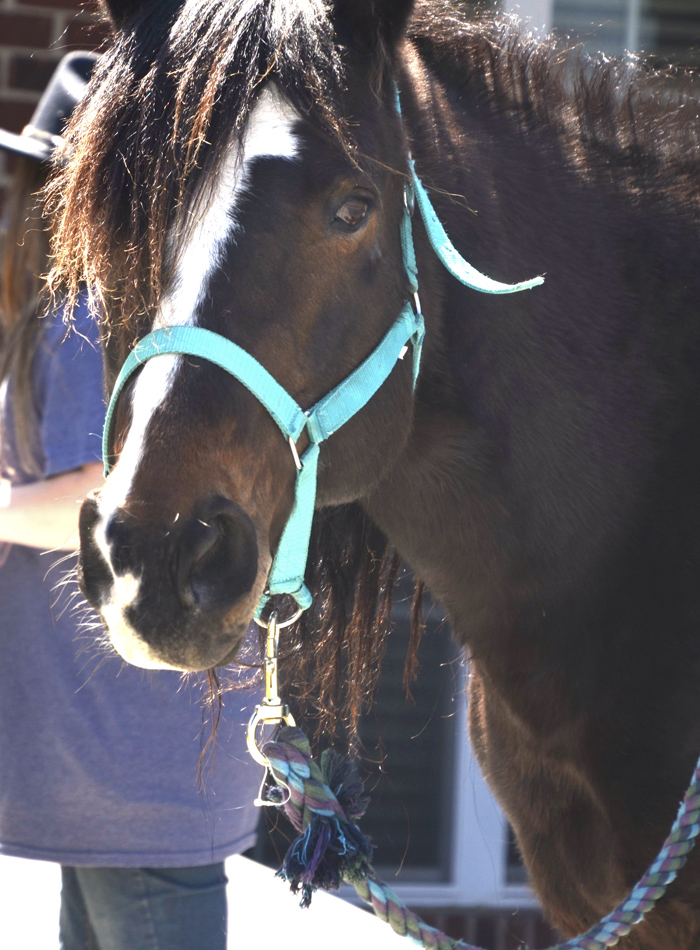 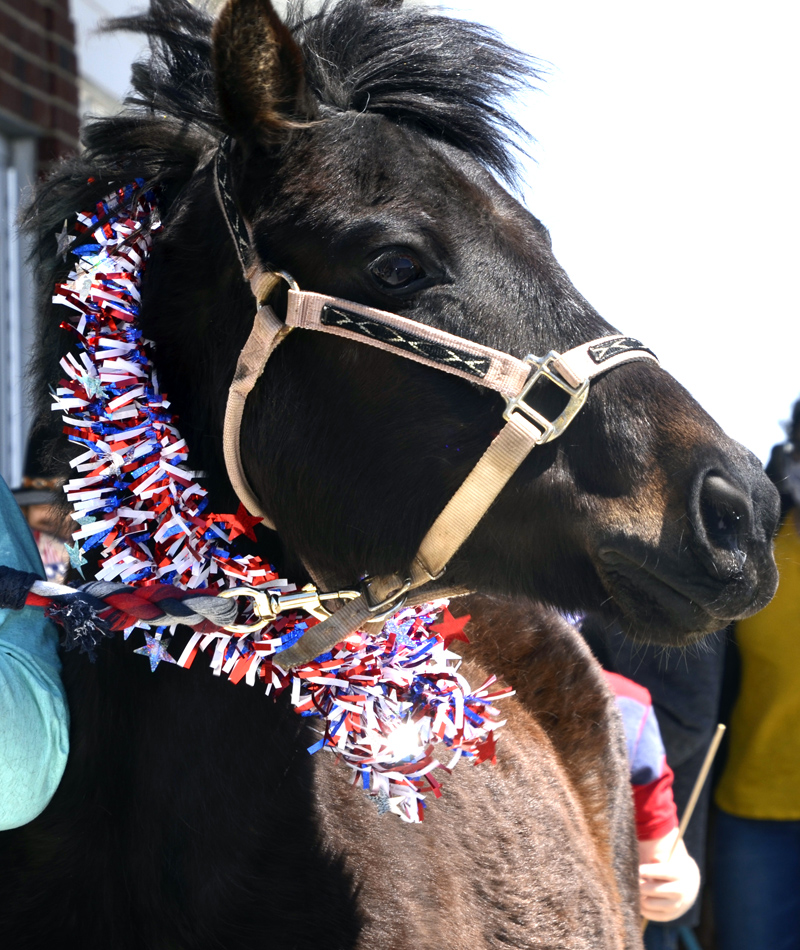 The Magical Meadows was founded in 2007. 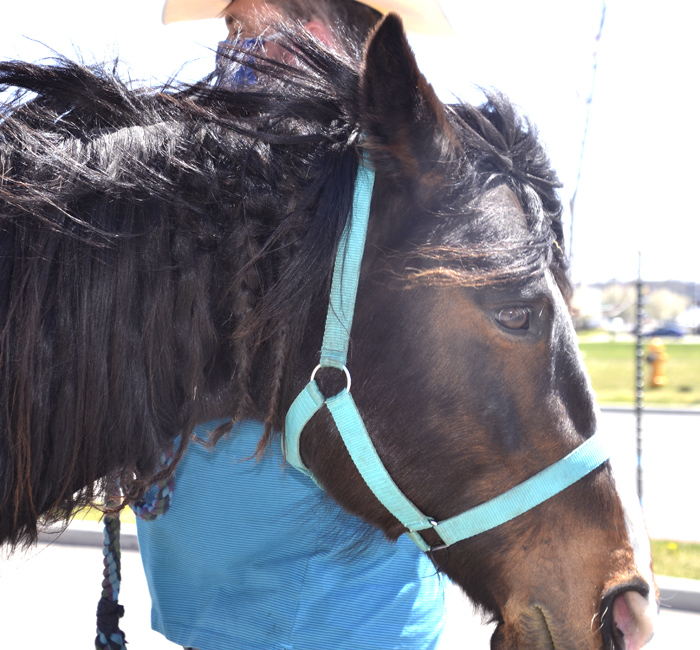 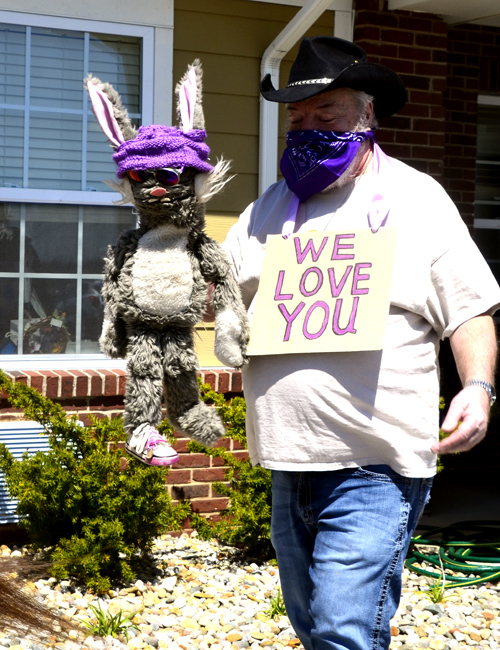 Volunteers who weren’t leading horses carried signs and other items to cheer up the residents. 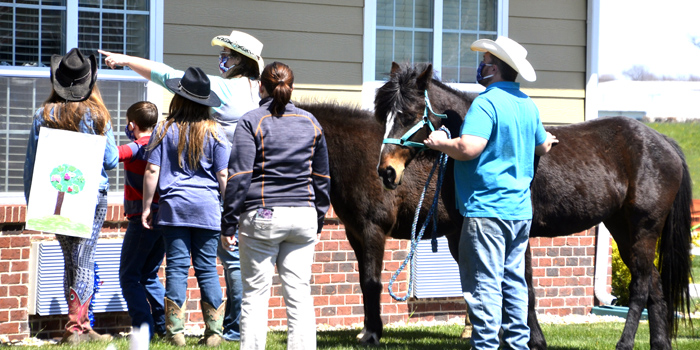 They walked the horses around the outside of the buildings, bringing them up to the windows for residents to see. 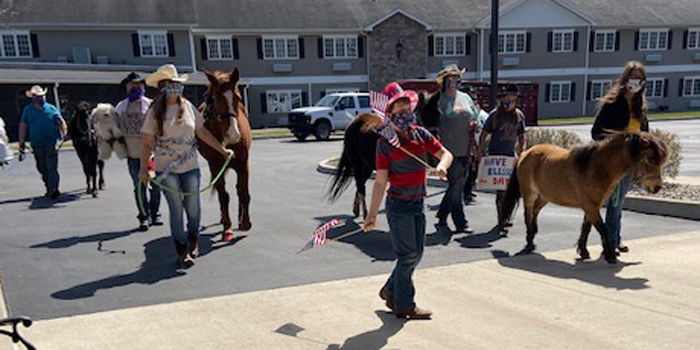 The parade of horses. Photo provided.