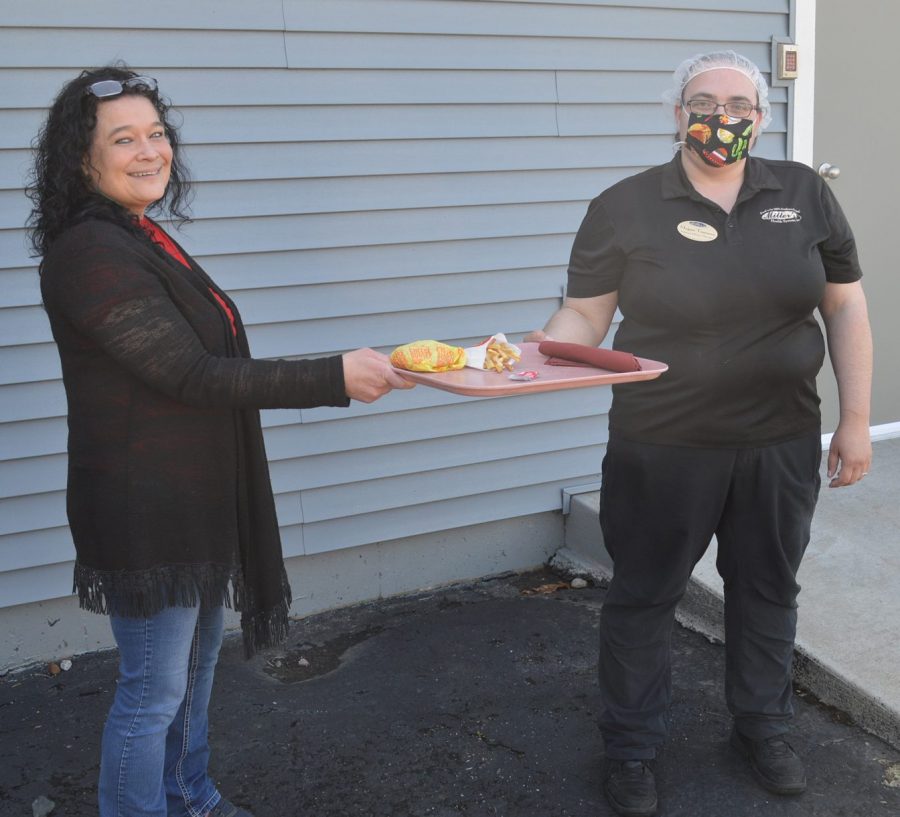 Vicki Peyton, left, a former employee of Miller’s Merry Manor in Syracuse, treated the 50 residents of Miller’s to food from McDonald’s. Shown with Peyton is Megan Toscano, assistant dietary manager at Miller’s.

During an especially stressful and challenging time with the outbreak of COVID-19, Vicki Peyton, a former employee of Miller’s Merry Manor in Syracuse, decided to do something positive and special for the 50 residents of Miller’s.

Late Wednesday morning, April 8, she placed, picked up and delivered to Miller’s 72 orders of french fries, 30 orders of chicken nuggets and 30 orders of cheeseburgers, all from McDonald’s in Syracuse.

“I wanted to give the workers a break from taking the trays of food to the residents,” Peyton said. “The residents are on quarantine in their rooms and this will give them a little bit of a treat.”

Peyton worked at Miller’s a total of six years and chose McDonald’s because it is close to Miller’s and also because she knows a McDonald’s employee, Shanna Niles, who also used to work for Miller’s.

Yet another local example of a kind and thoughtful gesture during a time of stress, concern and negativity.