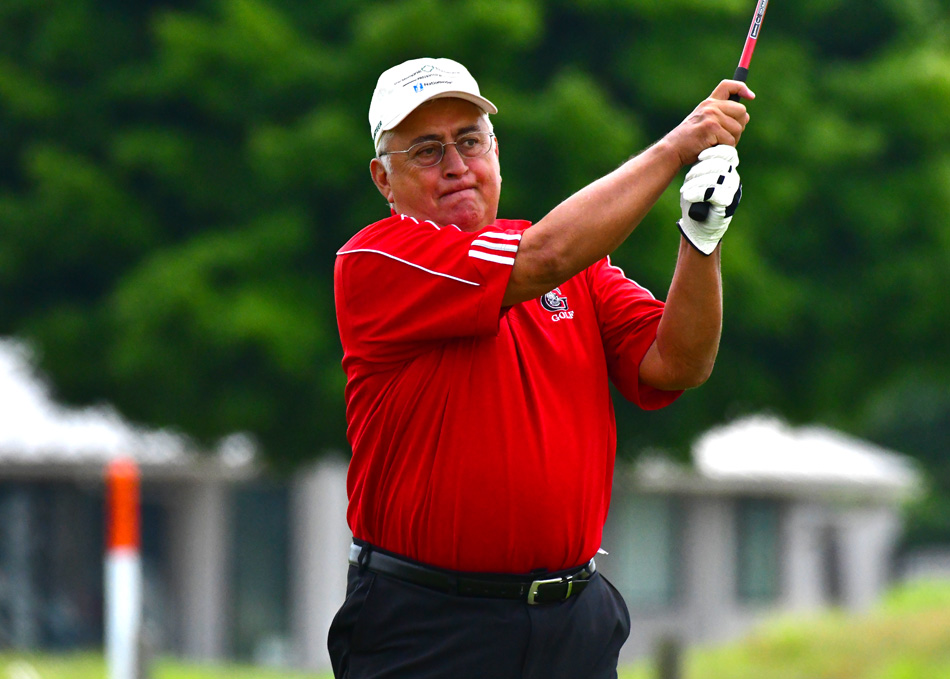 Players like Dan Pacheco will have golf courses open for play, but there will be restrictions as each course is adapting rules to maintain the health and safety of its patrons. (File photo by Mike Deak)

WARSAW – Much like Hoosiers last week for basketball, golf’s go-to movie is a classic that still is just as relevant as ever today. Caddyshack is rowdy in a sport that tries desperately not to be, it was edgy in a time when film excess wasn’t quite there yet. The collaboration of all-timers in the comedic world in Rodney Dangerfield, Chevy Chase and Bill Murray give the movie impeccable credibility.

The movie turns 40 this year, and is a frontrunner in just about everyone’s Twitter brackets for Top Sports Movie Of All-Time (Re: Hoosiers). What made me want to revisit the classic was the recent announcement that The Masters was being postponed. Next week would have been Masters Week, with the par-three event, the mandatory Tiger Woods fluffing, Jim Nantz pulling out his book of superlatives, then four days of terms we never hear otherwise, like “Welcome to Amen Corner” and “A tournament unlike any other…The Masters.”

I mean, it fits. Augusta Country Club caters to elite golfers. And that’s fine. It certainly is on the other end of the spectrum of Bushwood Country Club, which certainly and considerably lightened the mood.

Both Augusta and Bushwood are a far cry from Warsaw. But both have their place in the identities of the average golfer in town. At Stonehenge Golf Club, there’s a small feel of both. The course is widely considered one of the toughest in northern Indiana, and will make even the best players want to kick their tee shot out of the high heather. But a change in ownership in 2019 saw a fresh approach to the course, which included radios in the golf carts and the public allowed to play without a member for the first time.

“The movie is a classic,” said Craig Isabel, Head PGA Pro for Stonehenge. “For most golfers, the best golf-themed movie by far. Golf should be fun. Golf should always be about challenging yourself and expanding your limits. The old school ideas of being really quiet and stuffy are gone. We are all about fun, just like the movie.”

Stonehenge decided earlier this week to remain open to use, but only to members. With a touch over 125 paid and in the books, Stonehenge will allow them to walk the course. There won’t be cart usage or an open clubhouse, but the course will be playable for those that have paid membership dues. As the state, which is allowing places like golf courses to remain open, continues to evaluate information related to the slowing of the coronavirus, Stonehenge will optimistically revisit welcoming the general public back in.

“Honestly, I think the majority of the people getting outside to golf this year are using the outdoor space as an escape,” offered Isabel. “No different than going for a walk, a bike ride, or a drive out in the country. Humans just weren’t designed to be cooped up inside for extended periods of time.”

The course, situated along neighborhoods on both the front and back nines, has been in contact with the residents along the course to keep an eye on whether golfers are adhering to social distancing and proper behavior.

“Our General Manager (Denny Hepler) as well as dozens of our membership base live on the golf course,” noted Isabel. “There is not a hole that isn’t monitored by someone at all times. We send out our best practices and recommendations every week or two. So far, we have seen people obeying the social distancing very well and as mentioned before, they are just playing alone or with a family member that is also in quarantine.”

And as Murray’s character, Carl Spackler, said as the storm clouds rolled in, “I’d keep playing. I don’t think the heavy stuff is going to come down for a while.”