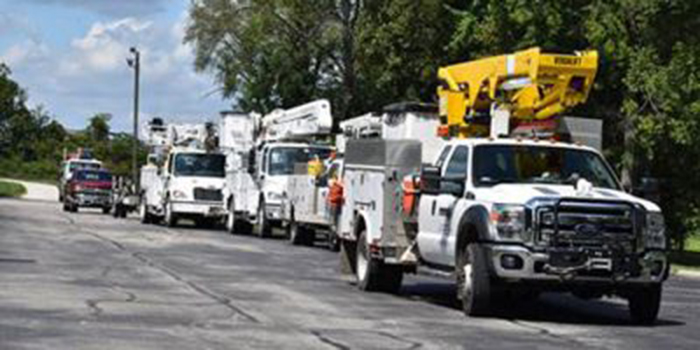 COLUMBIA CITY — Northeastern REMC, is giving more than $1.23 million back to 21,000 people in the form of a bill credit on their electric bill to help offset some of the financial hardship their members are facing due to COVID-19.

Since Northeastern REMC is a not-for-profit, they return money to their members at the end of each year in the form of patronage capital retirements, said a news release from Northeastern REMC.

In the past, it would only effect long-term members due to the amount they contributed in a certain year. Over the weekend, the CEO and the board of directors had an emergency meeting to discuss how they could release those funds early and how to spread out the funds to reach more members.

“These are unprecedented times and the financial impact of what we’re going through could be felt for months.” said Eric Jung, CEO of Northeastern REMC.

“We know there are many families whose income has been dramatically affected or completely wiped out. We’re hoping these bill credits will help stretch the budget when it is needed most,” he said.

As COVID-19 began impacting Hoosiers, NREMC immediately and voluntarily suspended any disconnections that were due to non-payment.

“The last thing anyone needs to worry is the reliability of their electric service,” said Jung.

In addition, NREMC created a fund that allows members of the community to contribute monetarily to help cover other members’ electric bills. The “Northeastern Neighbor Aid” fund launched on Monday after members reached out asking for a way to help.

The board of directors unanimously agreed with this plan and each board member personally contributed the first dollars to the fund.

“Something you can always count on in our corner of Indiana is the generosity of others. So many people have called us wanting to know how they can chip in for those struggling,” said Tom Western, Chairman of NREMC’s board of directors.