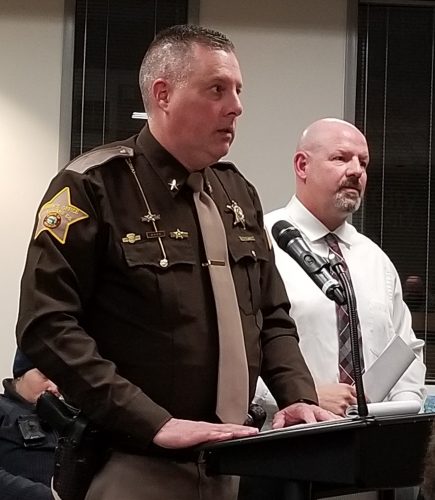 Kosciusko County’s JCAP initiative – considered a model across the state in helping inmates with drug histories as they prepare for release – is getting a new infusion of cash from the city of Warsaw.

The in-house rehabilitation program for inmates who will soon be released was the first in the state two years ago and continues to expand with a growing emphasis on mental health services.

In the Jail Chemical Addiction Program, inmates participating in the four-month program are segregated from the general population and focus on learning life skills and receive mental health services.

The program is available to men and women in jail and has grown to the point where separate programs are now running simultaneously for both genders.

“We realized in the first couple of graduation classes that we need more one-on-one time with mental health counselors. We have that now and with the city of Warsaw’s help, we’ll have more,” Dukes said.

“The reality of JCAP is there’s a cost. It’s expensive. The mental health services are so important, but there’s a cost to that. But I firmly believe we have to keep doing this,” he said.

Whitaker said he and Thallemer attended a roundtable discussion about JCAP last year.

“We left there asking ‘what can we do,’ ” Whitaker said.

He described the city’s role of financial support as “a start.”

About 25 businesses are supporting the program.

The community support, Thallemer said, is making a difference in trying to break the cycle of addiction.

Numerous council members praised the program and said they could see a difference in the approach inmates had after going through the program.

Councilman Michael Klondaris said he attended community summit on opioids at Center Lake Pavilion a few months ago and was “moved to tears” by some of the comments from JCAP graduates who spoke at the meeting.

Council President Jack Wilhite said he noticed some of the inmates have shown a pronounced level of commitment and a new outlook.

“It’s easy to throw money at something and think you’re doing good, but I think this is a program that’s actually got something going and I support it,” Wilhite said.

Councilmember Diane Quance said she has met some of the JCAP graduates.

“It’s totally different than anything I’ve ever seen and that was exciting,” Quance said. 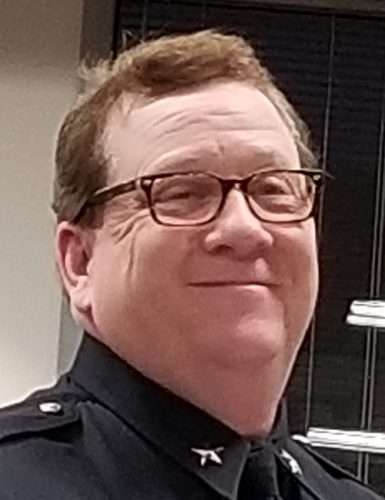 Sammons said his officers have enjoyed a good working relationship and pointed two recent examples in which Warsaw officers had gone out of their way to help.

This was at the most inconvenient time of the entire year — Christmas eve. Detective Kellar could have easily told me he was spending time with his family, but he didn’t. He even experienced computer issues with his laptop and drove from his house to the police department so he could help me finish the request at 11:30 at night on Christmas eve,” Sammons said.

He said he also appreciated Warsaw’s willingness to allow female police officers to network and bond with a woman who had recently joined the Pierceton department.

“I’m here to express my appreciation to Police Chief Scott Whitaker and his staff. I am truly thankful for the support me and my officers have received over the years,” Sammons said.

The city council also approved requests to re-establish the rates for the Cumulative Capital Development fund and the fire equipment fund. Combined, the new rates will provide a boost of about $97,000 in new revenues.

The CCD rate is used to finance stormwater projects.