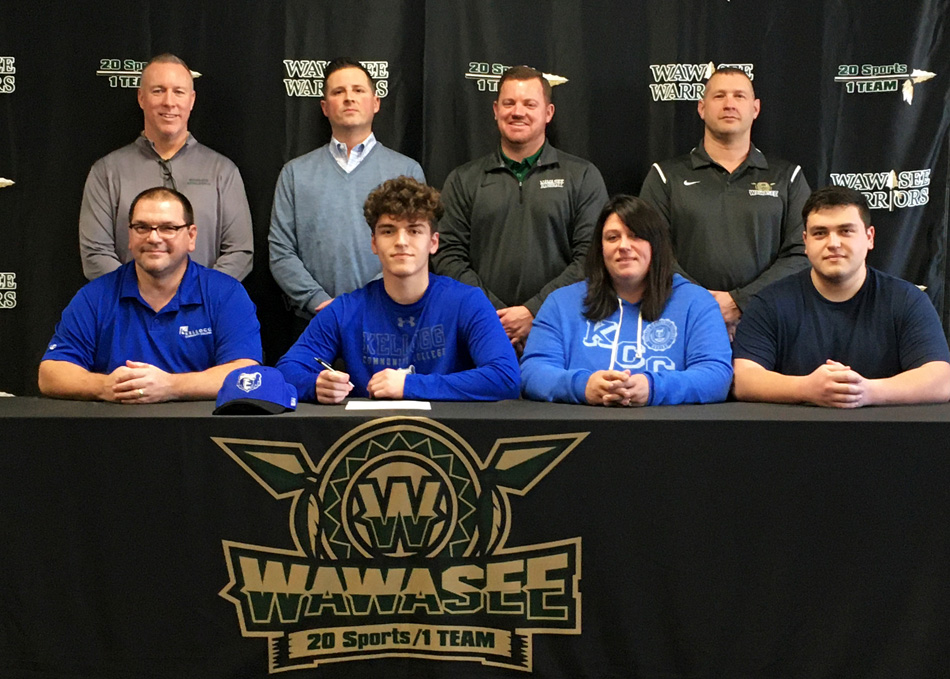 SYRACUSE – Wawasee baseball kicked off an anticipated 2020 season with the college signings of two of its prized seniors.

Levi Brown and Carter Woody made it official Monday in a ceremony in the Warrior Room at Wawasee High School, Brown committing to Anderson University and Woody to Kellogg Junior College.

Brown has brought one of Wawasee’s most feared bats to the park, batting .412 with a .494 on-base percentage in 2019. The utility player mashed three homers among his 28 hits, scored 13 runs and knocked in 22 for the Warriors.

Highlighting Brown’s junior year were a two-homer, five-RBI game in a 19-7 win over Lakeland and added a homer, three total hits and two runs scored in a 15-14 win over Warsaw. Brown opened 2019 with 11 hits in 17 at bats and 12 RBIs as Wawasee started 5-1 out of the gate.

For his career, Brown is batting .336 with 47 hits and has 37 total strikeouts in over 10 appearances as a pitcher.

Brown, who holds an 8.76 GPA (on a 12-scale), intends on studying business at Anderson.

“Baseball is my favorite things to do, I like playing all the time,” said Brown Monday afternoon at the signing ceremony. “I’ve got the net up at the house. I just love the sport. From my freshman year to my junior year, the competition we play got a lot better, and our team did as well. I think we can carry that on again this year. We have a lot of seniors on the team this year, obviously we’ve played together a lot in the past. I think this can be a special season for us.”

Woody had a better end to his season, collecting nine hits in his final six games, including homers in back-to-back games against Lakeland and in the sectional against Angola. In an 8-6 win over West Noble, Woody had three hits and an RBI.

On the mound, Woody tossed six shutout innings, limiting Elkhart Memorial to just three hits with seven strikeouts in a 5-0 final. Over the course of the season, Woody was 4-2 with a 4.57 earnie with 47 Ks in 46 innings.

For his three years, Woody is batting .290 with 36 hits and has fanned 98 with eight wins.

“I’d already started talked to people and kept up with some of the tweets from people committing and felt it was the right move,” Woody said Monday afternoon. “All the pressure is off now. The recruiting process was actually really fast and was the second college I looked at. I’m glad to get this signed.”

Woody, a 7.52 GPA (12-scale), looks to get into sports management or sports marketing with his start at Kellogg.

Added Wawasee head coach Brent Doty about his two players, “These two guys are just part of a great team we have right now. You could see these two were special players when they came in as freshmen. You knew they would help us build. It’s a testament to their work ethic, whether its in season or in the offseason.

“Speaking from experience from having played college ball myself, you can’t just put in your time at practice and expect to be great,” continued Doty, who played at IPFW. “You have to put in the time and be part of a collective, not just worry about yourself. In college, you’ll have a lot of freedom with your time, are you going to do cage work, get your classwork done, not worry about it and just get by. I feel with these two here today, they are team players and will put in the work at the next level.” 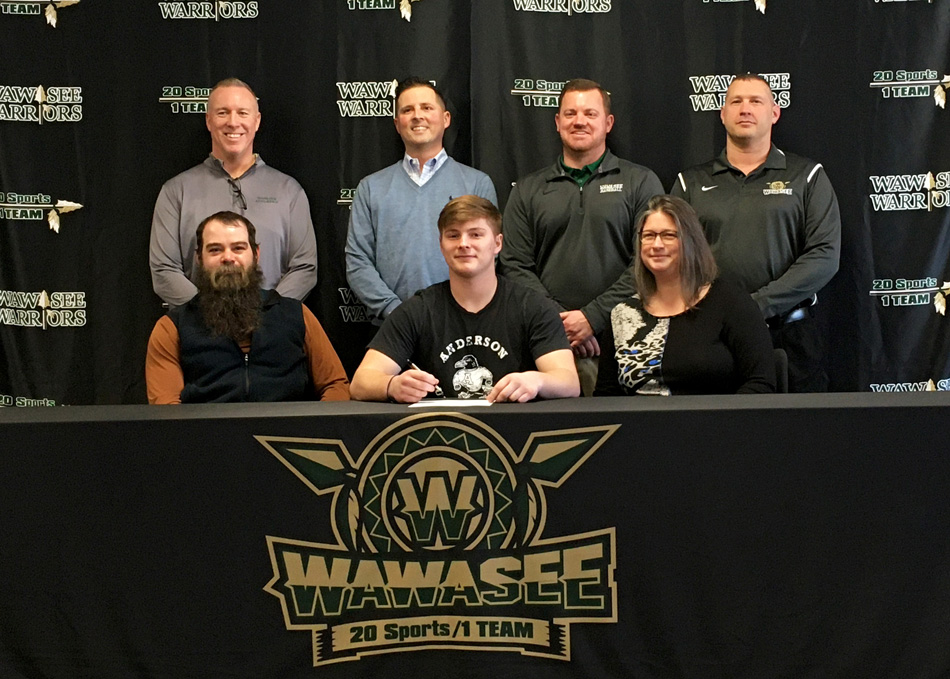