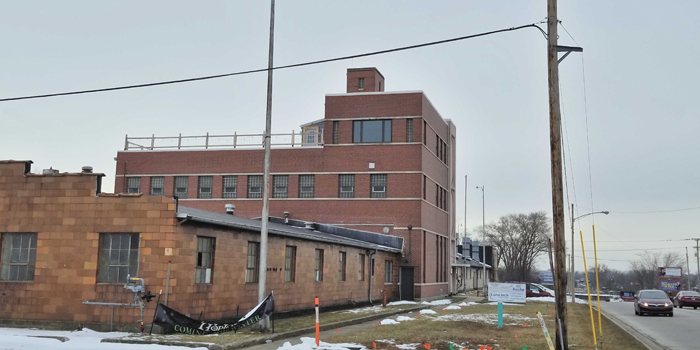 The future production facility and tasting room at HopLore Warsaw will occupy the north side of the building at 501 Argonne Road, Warsaw. InkFreeNews photo by Kory Stoneburner-Betts.

WARSAW — The opening of a second HopLore Brewing Co. location in Warsaw has been pushed back, according to owner Stefan King.

“We’re just in a holding pattern,” said King. The opening of the Warsaw store on Argonne Road is experiencing construction delays. “It’s to be expected,” he said.

The store in Warsaw will occupy the north side of the building at 501 Argonne Road and was originally expected to open in December of 2019.

The Warsaw location will act as a complementary site to the main hub in Leesburg. King aims to carry over the “laid back” atmosphere from Leesburg to Warsaw.

Food will be available for purchase at the Warsaw store. The tasting room will offer smaller items, like shareable artisan foods such as hummus and cheeses, he said.

King expects the Warsaw location to open by early summer or maybe even late April. “That would be great,” said King.

When the Warsaw location opens, the main focus will be production versus the restaurant focus at the Leesburg store. HopLore brews a variety of artisan craft beers, of which they serve several in Leesburg. King also enters HopLore brewed beers into competitions around the nation.

About 3,500 of the total 5,000 square feet at the Warsaw location will be dedicated to the expanded brewing and production operations. The remaining 1,500 square feet will be used as a tasting room.