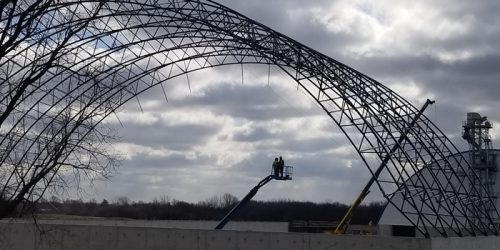 According to Louis Dreyfus Commercial Manager Jeremy Mullins, the two “gigantic” Quonset will be used for soybean storage.

The Quonset huts are “just a means to provide more services to our farmers,” said Mullins.

The project broke ground in Spring 2019. Construction saw delays due to the wet conditions most of Kosciusko County experienced during that period last year.

The project is expected to be completed by the start of the harvest season in mid-September. The two large structures will serve as a means to store soybean harvest.

Mullins expects less of a storage shortage during harvest season with the new structures.

The facility opened in 2007 and has expanded its storage capacity four times. The current project, though, will double its capacity, Mullins said.

“We’ll always have room for more beans,” he said.

Mullins said the “unload times” for trucks will be “two and a half times faster,” with the new storage facilities.

The facility processes soybeans. Roughly 75 percent of the soybeans are used for animal feed, but another 20 percent is used for biodiesel fuel. A small segment is used to refine glycerin, which has applications in a wide variety of consumer products. 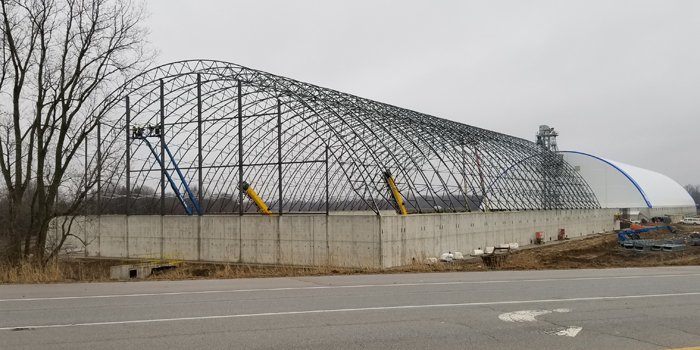 Here’s how the project had progressed as of Tuesday, Feb. 25. InkFreeNews photo by Dan Spalding. 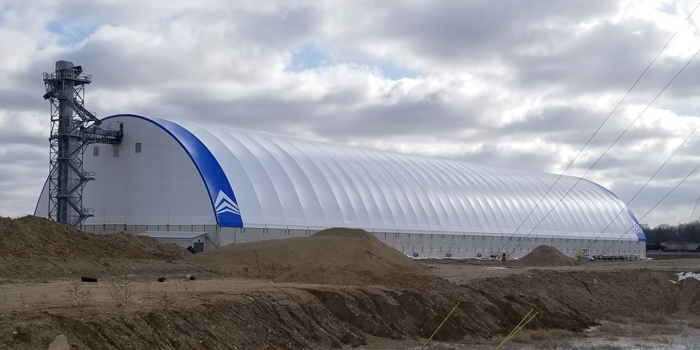 One of two Quonset huts at the Louis Dreyfus facility in Claypool. InkFreeNews photo by Dan Spalding.