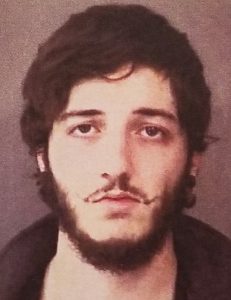 CLAYPOOL — A local man was recently arrested after allegedly battering a child and a woman.

On Dec. 5, a woman went to the Kosciusko County Sheriff’s Office to report a domestic battery. A woman told a KCSO officer that Beliles had battered a child. The woman said the child typically stays with her and Beliles weekly for visitation.

According to court documents, on Dec. 4, the woman said Beliles was intoxicated and pushed her against a wall. Three children were in the residence at the time and could have been able to hear or see the battery occur. On Dec. 5, the woman saw bruising on one of the children’s faces. She spoke with Beliles about the bruising and he admitted he caused the bruising on the child’s face. An officer with the Claypool Police Department met with the KCSO officer involved in this case and conducted an interview with the woman and child. Both officers noticed the child’s face was bruised and that there was a cut on the inside of the child’s lip.

The Claypool Police Department officer and an officer with the Silver Lake Police Department made contact with Beliles at his residence. During an interview with officers, Beliles said he “tapped” the child on the mouth while attempting to get her to go to sleep and that he believed the ring he was wearing caused the cut on the child’s lip.

Bellies was previously convicted of domestic battery in November 2017. In this case, he was booked in the Kosciusko County Jail on Dec. 6, with a $26,000 surety and cash bond.