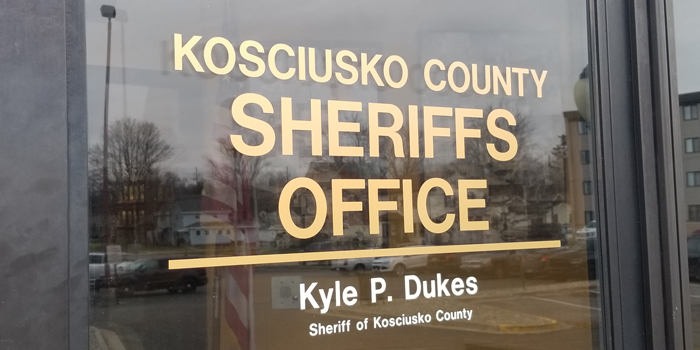 WARSAW — The Kosciusko County Sheriff’s Office will be purchasing a new truck to be used by the KCSO’s future animal control officer.

The purchase price includes a fiberglass topper. According to Bucher, the truck is considered a standard service vehicle and is equipped with the police package. The vehicle is in stock at a John Jones auto dealership in southern Indiana. Bucher said they did reach out to local dealers, but those dealers did not have anything in stock with the police package

“The officer who will tentatively be getting this position will use it for patrol duties also, that’s why we feel that, for his safety, we need to go with a police package pickup truck,” Bucher told commissioners.

According to Dukes, the new ACO position will most likely be filled by Jan. 1.

Deputy Jeff Clark “is 95 percent in” said Dukes. Clark has expressed interest in the position but as of this time has not committed 100 percent.

Warsaw Police Officer Justin “Tug” Curtis serves as the animal control officer for the city.  Curtis took over those responsibilities after the retirement of Mike Cox.

“I can’t recall if that was 2013 or 2014,” said Det. Sgt. Brad Kellar, public information officer for the Warsaw Police Department. “Among his responsibilities, he is animal control, the code and ordinance enforcement officer and he conducts regular street patrol.”

Keller said, “We have always had two different positions in the county and the two cover for each other when one is busy or on vacation.”

The county animal control officer will deal with domestic animals, Dukes said. Deer and other animals killed on roadways will be picked up by state or county highway departments.

Dukes said he has had several meetings with representatives of the Animal Welfare League of Kosciusko County as well as with local veterinarians to discuss the ACO position and duties.

“Having a merit officer fall in as ACO — I think this elevates the game where he himself can conduct animal cruelty investigations,” Dukes said. “It helps both sides and elevates the position.”

Dukes said he is looking forward to a great working relationship with the AWL.