WARSAW — City Council continued a conversation about hiring its own attorney for legal counsel during its Nov. 18 meeting.

Discussion on hiring an attorney specifically for city council first surfaced in March after several council members expressed concern with an incident involving Warsaw Police Chief Scott Whitaker. Supporters of the plan, though, say they have no specific issues of concern and just want the service to be available.

Council President Diane Quance began the discussion among council members and City Attorney Scott Reust. Quance and Reust both said discussions have been conducted with attorneys for the cities of Indianapolis, South Bend, and Fort Wayne, as well as Indiana Municipal Lawyers Association Attorney Jodie Woods, on how to hire its own attorney for legal matters.

“I believe they’ve identified Doug Lehman to be the potential hire for this,” said Reust. “I’ve spoken with him numerous times. He was the city attorney for the city of Wabash for 12 years. He’s got a great deal of municipal experience, so I think he’s certainly qualified.”

Reust said through his research, no Class 3 cities in Indiana have hired outside legal counsel. Those distinctions for cities are determined by population. Indianapolis is the only Class 1 city in the state, with South Bend and Fort Wayne listed as Class 2 cities. Warsaw falls into the Class 3 category. 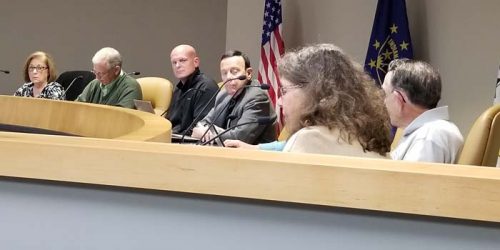 The conversation between Reust, Quance and council members Mike Klondaris and Ron Shoemaker primarily focused on the definition of “legislative body.”

“So if we wanted to get advice, we would need to publicly come, state what we wanted, and there would need to be a vote at city council in order to retain the attorney?” asked Quance.

“Well, I think the roadblock you have here is the statute,” said Reust. “This would be the first third-class city to do that. And we want to do it right if we’re going to set a new precedent for other third-class cities. It’s just turned out to be very difficult because I think the statute hamstrings what we could use an outside legal counsel for.”

After a half-hour discussion on the matter, Mayor Joe Thallemer asked the attorney research committee, made up of Quance, Klondaris and Shoemaker, to meet with Reust at a later time for further discussion.

“If this issue needs to be put on the agenda for the next meeting, that’s fine,” said Thallemer. “I would just ask that your committee meet with the city attorney and work through what’s being talked about tonight.”

In other business, Councilman Jerry Frush asked if the council could propose a budget cut during the meeting. Frush made a motion to remove $3,500 from the Warsaw Police Department’s budget for a motorcycle. The motion passed 4-3, with Frush, Klondaris, Shoemaker and Councilwoman Cindy Dobbins voting in favor of the budget cut.