The most competitive campaign for city council that Warsaw has seen in a long, long time will end Tuesday with what looks like a whimper.

The all-Republican council will get its biggest test in decades on Tuesday, but as is often the case when there is not a marquee mayoral race, there does not appear to be a lot of interest.

While Mayor Joe Thallemer and Clerk-Treasurer Lynne Christiansen are unopposed in Tuesday’s election, council is a different story.

The council race includes six incumbents seeking to retain their seats. They are facing challenges from three Democrats while an Independent and a Republican fight it out for the District 2 seat held by outgoing councilman Ron Shoemaker.

Unfortunately, there were no debates this fall and nary a press release touting specific issues from any candidates. Rather, it’s been a polite campaign season where candidates are content to put out yards signs, do some door-to-door campaigning and then leave it up to the voters.

Perhaps everyone had had enough after the nasty mayoral primary between Mayor Thallemer and Councilman Shoemaker. Perhaps incumbents were quietly content to bypass any talk of debate (if there had been any talk of a debate, that is) and bank on name recognition.

Maybe I’m wrong. Maybe there will be a respectable turnout (which still really isn’t that respectable). But I guess that might be up to you.

STICKIN’ TO HIS GUNS — While municipal and town elections conclude Tuesday, some candidates are already gearing up for 2020. That’s especially the case for Syracuse resident Bill Dixon who is already advertising and fundraising for next year’s primary fight against District 22 Republican State Rep. Curt Nisly.

Nisly, of Milford, recently visited the InkFree newsroom to assert his plans to run for a fourth term. 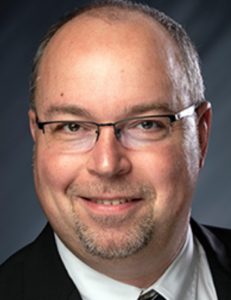 He described his first three terms in office as “interesting” and a learning experience.

“The thing that stood out is how many issues we have to deal with. In any legislative session, we probably have 300 to 400 bills come through the House,” Nisly said recently.

Nisly has been a chief proponent of life at conception and the Second Amendment but has taken positions that place him to the right of National Right To Life and the National Rifle Association.

Based on interaction with constituents, Nisly said abortion and gun rights are the top issues for people in the district and Nisly said protection of life is at the top.

Nisly was asked about critics who say he is too focused on abortion and gun rights. He referred back to those being the top local concerns.

“Those are the things people are watching and are looking for. People are appreciative of what I’m doing on those fronts, but there’s a lot more to being a legislator,” Nisly said.

DEFENDING TRUMP — Third District Congressional Rep. Jim Banks continues to attack Democrats and defend President Donald Trump over the impeachment inquiry with a lot of that on his Twitter feed and appearances on TV.

In one Tweet, he called the inquiry a naked partisan attack on a sitting president ahead of the 2020 election.

He also tweeted that Democrat leaders know they can’t beat Trump at the ballot box “so they are trying to beat him via impeachment. Our founders would be appalled with Democrats abusing the impeachment process this way.”